Bloomington, MN – On February 22nd, 2016, Unicorn Riot attended a protest at the Mall of America called by “Black Clergy United for Change.” The protest was in response to an assault of 14 year old Isabella Brown by Mall of America [MOA] security officers on December 26th, 2015.  Around 5:20 pm on December 26, 2015, Isabella Brown was asked how old she was by MOA security officers.

When Isabella said she was 14, the security officers asked her to leave because she broke the 4 pm curfew for anyone at MOA under the age of sixteen without adult supervision. Isabella Brown was escorted to the transit station at the MOA and then she was told by security that:

“She could get her ass out of here. Get on this bus, or I’m going to take your ass to jail.”

Isabella went to try to get change for bus fare, and at that point MOA security officers threw her on the ground and put her in zip-ties.

The video Pastor Givens references shows up to 4 security officers on Isabella’s back as she screams, “Oww get off my back, owwww.”

Posted by Black Clergy United For Change on Thursday, February 18, 2016

According to Pastor Givens, police took Isabella into the back room where they tied her legs and arms to a chair, searched her and found her Christmas money, and at that point she was asked where she got the money and if she was a “pimp.”

MOA security did not allow 14 year old Isabella, a detained minor, to call her mother while she was being held against her will.

“is indicative of larger patterns of structural racism and the ways the criminal justice system and security officers mistreat Black youth and people across the nation.”

The protest at the Mall of America started with clergy and supporters holding hands in a “brief moment of silence to center and ground this space.” People gathered and listened to prayers shared by Pastor Givens.

We’re LIVE at #MOA where Clergy are protesting #PoliceBrutality of a 14 yr old #Justice4Bell https://t.co/NiuxDzwR43 pic.twitter.com/OnPDXteygj

After Pastor Given’s prayer, Pastor Marea spoke. She thanked everyone for giving her daughter support as police announced a dispersal order.

Pastor Marea continued to speak despite the police announcement and said the protest showed that strangers can come together, because it was about love, and they wanted to leave love there. The speakers of the circle spoke of the importance of their solidarity and love to one another and that the clergy gathered to show that their religious traditions were against this type of brutality both inside Mall of America as well as those by police in the streets.

We spoke with Pastor Marea about her daughters assault. She echoed Pastor Given’s story and added that she’d like to see the Mall of America security officers who assaulted her daughter fired. She said that there needs to be full accountability for what the officers did to her daughter Isbella, and that her daughter who is now dealing with ongoing issues from the assault, deserved to see the officers brought to justice.

As Unicorn Riot left the Mall of America we asked the head of security for comment and they refused. 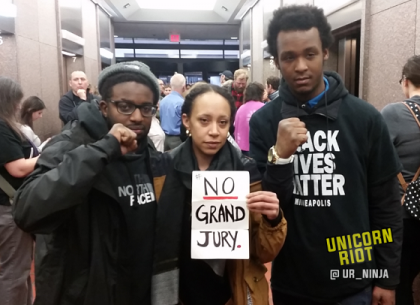 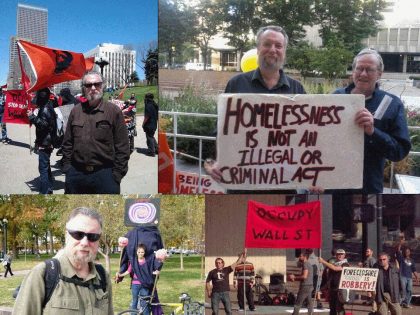