Bismarck, ND – Emails acquired by Unicorn Riot via public records request to the North Dakota Office of Budget and Management allow a small glimpse into the behind-the-scenes working of the state government around the date of a permitted protest rally against the Dakota Access Pipeline held on the capitol grounds on Saturday, September 9, 2016.

The rally was held the same day that a federal judge ruled against the injunction the Standing Rock Sioux tribe was seeking against DAPL construction. After the judge struck down the injunction, the federal government stepped in and asked Energy Transfer Partners to voluntarily cease construction within 20 miles of Lake Oahe.

While the rally took place without incident in accordance with its permit, state officials at the capitol grounds seemed to anticipate a more dire series of events.

An email sent out to state employees working at the capitol that day promised “adequate” law enforcement protection from the potential threat of water protectors storming government offices:

“A short time ago, I (along with other agency heads) was briefed about this afternoon’s demonstration that is being allowed on the lower part of the mall. Based on the briefing, I can assure you that there is a security plan in place with adequate resources and personnel to protect the capitol and those in it. That is, in the event any of the participants in the rally attempt to rush the capitol or damage any of the property. If that should happen, the capitol will be locked down and you will receive further instructions.” – North Dakota Secretary of State Al Jaeger Replying to an email about the planned protest, Allison Volk, a Training and Development Administrator employed by the state of North Dakota, wrote, “Thanks for supporting our team during this semi-scary event. I feel a lot may have anxiety over this.” The emails also reveal that the North Dakota HIghway Patrol used the Haugland Room at the state capitol grounds to stage state troopers, who were present throughout the rally in riot gear. The correspondence between state employees also shows officials deliberating about whether to go over the $7-per-meal budget limit for delivering catered meals to soldiers deployed in the North Dakota National Guard. In another email (pictured below), Captain Aaron Hummel of the North Dakota Highway Patrol describes complications that have arisen in paying state troopers who have been “stretched pretty thin” working overtime due to near-daily activity by water protectors. The emails we received in response to this request also include a “Bi-Weekly Cybersecurity Rollup” issued by the North Dakota State and Local Intelligence Center (the state fusion center).  This bulletin includes a reference to direct actions against DAPL by water protectors but mostly consists of clippings from various online news articles. Another set of emails included in this cache show the drafting of of a press release by the office of North Dakota Governor Jack Dalrymple. A correction is issued in the release to clarify that as of that date, September 13, the total DAPL-related costs for the state of North Dakota included $1,080,000 for the state’s Department of Emergency Services and “about $700,000 in Highway Patrol expenses“.

In the month that has passed, with a consistently escalated law enforcement presence seeking to prevent protest activity near DAPL sites, we can only assume the expenditures have significantly increased.

A September 28 “Status of the General Fund” report, generated a few weeks after the emails we got from this records request, anticipates costs of up to $6,000,000 in repaying loans taken out from the Bank of North Dakota associated with “DAPL Response.” Download the email files on our Muckrock page for this request, or read and download the combined .PDF file of all the emails below:

Unicorn Riot will continue to file public records requests to agencies involved in ongoing events related to the DAPL, and publish these documents along with our analysis in order to further public understanding of this dynamic situation.

We have been filing public records requests using Muckrock, an online toolkit, as well as other methods. We encourage other reporters and concerned individuals to file requests to North Dakota agencies to uncover more information about events surrounding DAPL.

.@UR_Ninja has been doing amazing #FOIA work surrounding the #NoDAPL protests – here's how you can help: https://t.co/ebvWyqTILm pic.twitter.com/70adXlW6BL

Thanks to everyone who made this records-based journalism possible! All of the requests on which this reporting is based were made possible by donations from our readers. 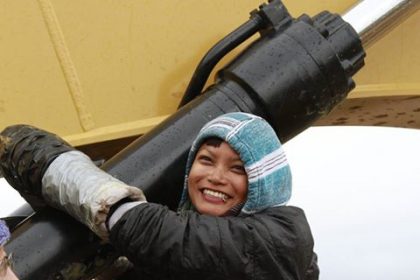 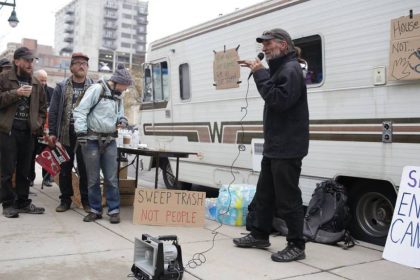 First Hearing in Class-Action Against Denver for Violating Human Rights