A mass mobilization of up to 300-400 Anti-Fascists confronted the Traditional Workers Party (TWP) and the Golden State Skinheads (GSS) as they arrived at the capitol. Several Anti-Fascists were stabbed by the neo-nazis. Both Anti-Fascists & White-Nationalists were sent to the hospital as violence ensued between the groups. Police eventually joined the fight and fired off an array of less-lethal weapons onto the crowd. No arrests were made.

The next day, Monday, June 27th, Unicorn Riot interviewed Yvette Felarca, an organizer with Beyond Any Means Necessary (BAMN). We spoke to Yvette about what happened at the capitol the day before, the ideology of the white supremacists, threats on Yvette’s life, and lessons moving forward in the Anti-Fascist and Anti-Racist movement here in the U.S.A.

“We’re joined with an organizer who was at an action yesterday (June 26, 2016) in Sacramento. Where nazi’s had planned to rally at the capitol steps and they were met by counter protesters. And we’re here to talk about what happened yesterday and we have Yvette Felarca from By Any Means Necessary. Hello!” – Niko (Unicorn Riot)

Yvette explained the events that transpired during the action to stop the white supremacist rally:

“Yeah, yesterday was a very impressive, really intense, and moving day. And a real victory for our side in defeating the attempt by two nazi organizations that were trying to hold a fascist recruitment rally, a public rally to recruit more members. On the west steps of the capitol in Sacramento. And instead of the couple, I mean the\re couldn’t even be more than just a dozens of them that actually showed up. To try to come out, instead of them being able to do that and hold that rally successfully instead they were met with a huge crowd that was there, committed and determined, very courageous, to take action, shut them down and stop them for organizing for genocide and for lynch mobs.” – Yvette Felarca (BAMN)

See below for the full length interview:

To be clear, Yvette was representing an organization, BAMN, which was not the only group present as there were a milieu of anarchist groups, Anti-Fascist groups and others that descended on the capitol.

Apologies for the audio difficulties. 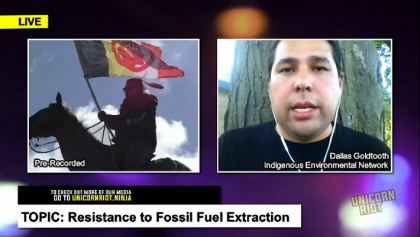 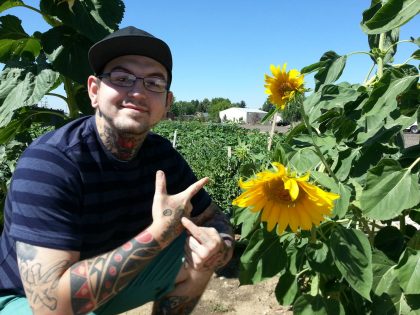