Unicorn Riot was LIVE for this event.

Purposed as a grieving and remembering space for the three young Muslim men, Muhannad Tairab (17 y/o), Adam Mekki (20 y/o), and Mohamedtaha Omar (23 y/o), who were murdered execution-style in Fort Wayne, Indiana on February 24th, 2016, the rally was the first solidarity event for this cause in the nation.

The negative narrative ran in the media was also an impetus of the youth organizing the event. As Sara Osman, a student organizer from YMC (pictured below), stated:

“There is already a narrative being created about these young men that takes nothing away from the horrors of their unexpected deaths. As students on campus who generally care about their community and want to create change, we wanted to gather to raise awareness and remember the lives of these three young men. It’s not fair that these young men were murdered and yet here they are being portrayed as suspects.” – Sara

Before the rally took place, we spoke with Javaris Bradford, President of the Black Student Union at the University of Minnesota. Javaris spoke of the system’s attempt to “separate us as people of color” and the importance of unifying Black and Muslim communities in the struggle against oppression.

The rally was filled with young speakers as well as veteran organizers, like Jaylani Hussein, the Executive Director of CAIR (Council on American Islamic Relations). Jaylani spoke of many of the recent instances of attacks against Muslims in the local area as well as the police shooting of a Somali teen in Salt Lake City, Utah.

“I’m tired. I’m tired. The last few months have been a roller coaster. You saw last week, the license plate that someone saw in St. Cloud. That same week you saw the vandalism of a Mosque not too far away. You’re seeing this every single day.” – Jaylani Hussein The rally was ended by Sara Osman asking all of the crowd to hold firm to notion that Black Lives Matter.

After the rally, the organizers led a community discussion about Islamophobia and anti-blackness in the Mississippi Room of Coffman Union.

Here is the full stream of the rally: 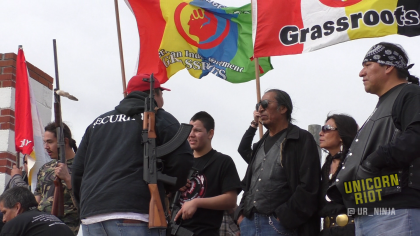 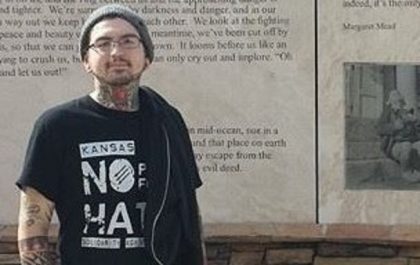