Minneapolis, MN – On March 25th, 2016 community members and allies gathered in front of the Minneapolis City Hall to continue to demand Justice for Jamar. Representatives from Minneapolis NAACP, Twin Cities Coalition 4 Justice 4 Jamar, Black Lives Matter Minneapolis, Black Clergy United for Change and the American Civil Liberties Union of Minnesota discussed recent statements by Minneapolis Police Chief Harteau and the ongoing wait for a decision to be reached on where to indite the police officers involved in the killing of Jamar Clark.

“Chief Janee Harteau’s comments were irresponsible and unfortunately inciting this notion that the black community is violent. We find that to be completely unacceptable.”

Pounds went on to say that the black community and communities of color have experienced continued violence by the Minneapolis Police Department.

The speakers spoke of unity as they wait for the Jamar Clark decision to come and their disapproval of Harteau’s comments. Pastor Danny Givens responded by saying he felt that Chief Janee Harteau has the standpoint of an agent-provocateur:

They ended the press conference on a call for a Rally to begin at the government center at noon on March 26th, 2016.

The full press conference is below: 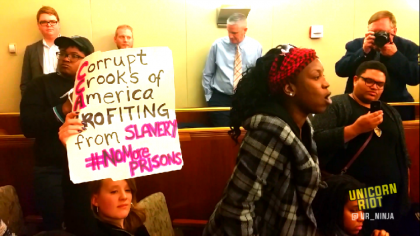 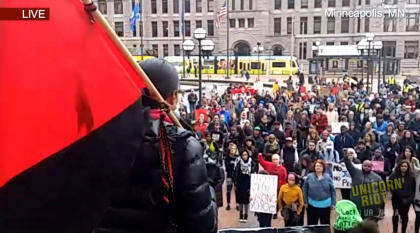