Standing Rock Reservation, ND – It’s been four days since construction on the Dakota Access Pipeline Missouri River crossing was slated to begin. The first three days were punctuated by constant and growing protests. On the fourth day, no workers or police showed up, though a private security firm stood nearby on a hilltop, observing the crowd most of the day.

With hundreds more protesters expected to arrive before Monday, many already there used the opportunity to hold trainings. Later in the afternoon, protesters held a water ceremony, and walked to the entrance of the construction site to pray.

Photos from one of three blockade sites outside the #DakotaAccessPipeline construction zone #NoDAPL #RezpectOurWater pic.twitter.com/kK07RHHYmz

Unicorn Riot also spent some time at the Sacred Stone Camp just south of the three occupied entrances to the construction site. The camp is preparing for hundreds more indigenous peoples and allies to arrive in the coming days.

Those already at the camp are readying to continue their protests against the oil pipeline. Unicorn Riot plans to stay at the Sacred Stone Camp and will be following the ongoing resistance against the Dakota Access pipeline.

Thank you to all of our contributors that made our coverage possible.

Contributions from viewers make it possible for us to cover #NoDAPL Thanks for your support! https://t.co/5WDjyGJ6eG pic.twitter.com/CPLgeyJrcT

For a recap of this week’s action, see below. 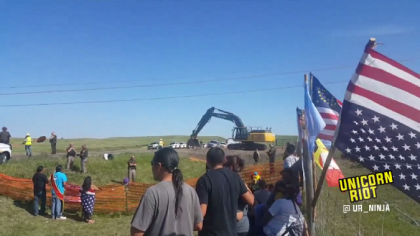 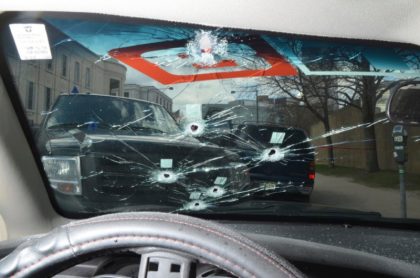