Denver, CO – On Friday, August 12th, 2016, the office of Denver District Attorney Mitch Morrissey released a statement announcing that no criminal charges would be filed against Denver Police Technician Jeff Motz, who shot and killed Dion Avila Damon during a police ambush.

Damon was unarmed sitting in a parked car that his wife and child had just exited, near the Denver Art Museum in the 1300 block of Bannock St. on April 12, 2016. The ambush was carried out under the pretext of an arrest warrant issued following a bank robbery alleged to have taken place on March 17, 2016.

The Denver Police Metro SWAT unit, working as part of the Rocky Mountain Safe Streets Task Force, rammed their vehicles into Damon’s car, and Motz opened fire within the next ten seconds, firing seven shots through the windshield, killing Damon on the spot.

In the weeks following, there was a rally and march against the authorities who perpetrated Damon’s shooting. Anonymous hacktivists also took down the websites of the City of Denver and the Bank of Denver in protest.

After Jeffrey Motz was named as the shooter, we acquired his disciplinary record which showed he has been the subject of numerous excessive force complaints. Motz had also been involved in the shooting death of special needs youth Shaun Gilman over ten years earlier.

A letter signed by DA Morrissey justified the shooting based on fearsome illusions, stating that Motz believed that Damon had a weapon and was pointing the weapon at him. Although the police had quickly admitted shortly after the shooting, that no gun was recovered from the scene, the non-existent weapon plays a central role in Morrissey’s justification of the killing. The DA’s letter even quotes testimony from Motz in which he falsely claims to have seen a gun.

“At this point, after several “show me your hands” he starts shaking his head. And it wasn’t like: “I’m scared. I don’t understand you.” It was more like: “I’m not gonna do it.” So, I give him another order: “Show me your hands.” And he goes back down. He’s doing something down there that I can’t see. And, then, his hands pop up quickly. And it wasn’t like, you know, raising my hands. It was like this. [Motz demonstrates that Damon’s hands were together, raised quickly in front of his face]. And I see a black and silver colored semi-auto in his right hand. And, it’s starting to come toward me.

At that time, I fired at him. I’m gonna call it approximately three shots very quickly. I kind of paused there, for just a split second, because I lost sight of him.  But what I saw was him rolling over this way. So, what I thought he was doing was ducking underneath the dashboard to be able to shoot through the windshield right at me. So, I continued firing and fired several more shots. He stopped moving altogether and I stopped shooting.” – Denver Police Technician Jeff Motz, quoted in Denver DA letter

The DA’s report goes on to speculate that instead of the gun Motz claimed to see, which supposedly led him to fire the deadly shots, Dion Damon was actually holding a cell phone:

“The vehicle was searched. No gun was found inside the vehicle or in the possession of Damon. However, a cell phone with blood on it was found inside the car. It was found in the space between the driver seat cushion and the center console. The location of the cell phone suggests the possibility that it had been dropped after the shooting. Blood patterns on the cell phone coupled with linear blood patterns and a void on Damon’s right hand suggest to investigators that Damon may have been holding the cell phone in his right hand at the moment he was shot, although this is not known conclusively.” – DA Morrissey

As the letter from Morrissey goes on, it becomes clear that he considers the murder of Dion Avila Damon to be lawful because he was not fully and immediately compliant with police demands (an attitude referenced as “comply or die” by activists).

Morrissey implies that certain “gestures” by Damon made it acceptable for Motz to shoot and kill him.

“Also, the path of the bullet through Damon’s left forearm is very significant. The location of the entrance wound shows that the outside of Damon’s forearm was facing Motz when it was struck. In other words, Damon’s palms were not facing Motz when he was shot. The entrance wound is also closer to the hand than is the exit wound. This shows that Damon’s left hand was closer to Motz than was Damon’s elbow. The significance of the wound path is this: It is exactly the wound path one would expect if Damon was shot in the forearm while making the gesture with his hands that Motz described. This evidence strongly supports Motz’s credibility and the accuracy of his description of Damon’s gesture.” – DA Morrissey

Towards the end of the report, Morrissey makes it clear that Motz’s claim that Damon was armed, although known to be false, was an acceptable pretext for taking his life.

Dion Damon’s wife told FOX31 that she was yelling to the police that her husband was unarmed, right before Motz opened fire. This crucial detail has been omitted from the District Attorney’s report.

Denver District Attorney Mitch Morrissey has been facing heavy criticism in recent years over his failure to ever prosecute any law enforcement official for incidents involving brutality or killing.

This last year Morrissey faced a recall campaign, and there have been numerous demonstrations outside his home after his repeated decisions not to indict police officers for murder.

More recently, Morrissey has moved to re-prosecute Clarence Moses-El, who was released from prison after 28 years, proven to have been falsely convicted for a 1987 assault after Denver Police destroyed case evidence.

Morrissey’s office also continued to press false assault charges against a young black woman named Shani Mills who was assaulted by a security guard at her high school, and only dropped the charges after sustained public pressure from community groups, such as Black Lives Matter 5280.

Alex Landau of the Denver Justice Project, a community organization working to curb police misconduct and mass incarceration, responded to the DA’s decision not to indict Motz for Dion Avila Damon’s murder:

This is how a DA’s office contributes to law enforcement abuse.  Denver DA Mitchell Morrissey refuses time and time again to even attempt to indict uniformed personnel with felony assault or homicide in any high profile case.  In most cases uniformed personnel have impunity to the law because of the discretion of the district attorney.

What are Safe Streets Task Forces? Where do they get their intelligence and ‘tips’?

Denver’s SSTF team is a node in a federally funded nationwide network of gang strike forces led by the FBI that started in 1992, ostensibly the gang-directed version of the Joint Terrorism Task Forces (JTTFs).

In 2003 the FBI reported “There are approximately 75 FBI led SSTFs focused primarily upon gangs, another 50 FBI-led SSTFs focused primarily on specific violent crimes and fugitives, and another 15 FBI-led SSTFs directed at major theft and transportation crime matters. These SSTFs employed 566 FBI Agents, 63 other federal agents, and 899 local and state law enforcement agencies in fiscal year 2003.”

In 2011 a Minnesota Department of Public Safety program administrator described how the Safe Streets Task Force (which replaced the corrupt Metro Gang Strike Force) is not regulated under the state’s Violent Crimes Coordinating Council, which is supposed to provide affected communities a limited measure of oversight.

While the corporate media claimed that the Rocky Mountain Safe Streets Task Force “received an anonymous tip that identified Damon as the bank robber” this was never proved, nor did Damon ever get a day in court to defend himself from what authorities claim was an anonymous accusation.

It’s worth noting that multi-jurisdictional federalized law enforcement teams have been shown to use illegally obtained warrant-less surveillance materials, including National Security Agency-derived intercepts, in their work, contravening the US Constitution’s Fourth Amendment protections against this kind of search. Reuters reported in 2013 that a prosecutor described how illegal intercepts are covered up by labeling them as ‘anonymous tips’.

This strategy is called ‘parallel construction‘, where members of joint task forces invent fake sources for prosecutors to trick the courts and the public, concealing their illegal origins. The late Michael German at the Brennan Center for Justice flagged parallel construction as an important component in the domestic militarization of policing: “Federal law enforcement agencies have adopted policies of “parallel construction” to mask the surveillance methods they use to gather evidence, misleading courts and depriving defendants of their right to challenge their constitutionality.” A former federal agent described how parallel construction is used to manipulate the court system to Copblock.org in 2014.

In late 2015, a massive wiretap operation in California (which leaned heavily on state-level wiretap authorizations) was exposed as encouraging more parallel construction tactics to other investigators across the country.

As the killing of Damon illustrates, Safe Streets Task Forces play a key role in police violence across the United States. With numerous examples of similar task forces dedicated to parallel construction and laundering illegally collected intelligence across the United States, it’s worth looking closely at where “anonymous tips” that conveniently serve to excuse their lethal actions actually come from. 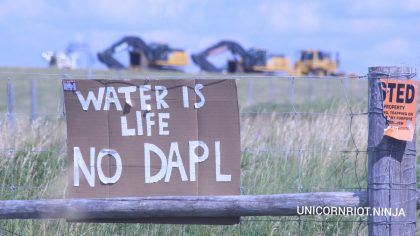 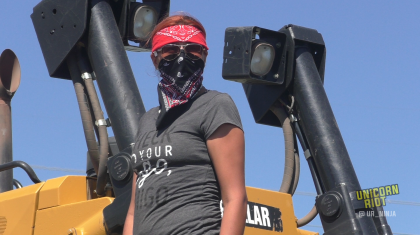