Milwaukee, WI – In late May 2016, Ajamou Butler, a.k.a. Brother Heal the Hood, organized the fifth annual ‘Heal the Hood’ block party in North Milwaukee. Hundreds gathered at Keefe and 1st Ave. on both days of the weekend in a mission to bring the community together, including street organizations, in efforts to network, have fun, eat together, and heal.

Unicorn Riot was there to cover this historic community event.

Below is our mini-documentary of the 5th Annual ‘Heal the Hood’ Block Party.

Our coverage also included livestreaming portions of the weekend, which can be seen at the bottom of this post.

Unicorn Riot sat down with the creator and founder of ‘Heal the Hood’, 24-year-old Milwaukee native Ajamou Butler, for an extended interview.

We spoke to Ajamou about how ‘Heal the Hood’ was started and its outcomes, as well as about gang truces, life in Milwaukee, and why Ajamou has taken the mission upon himself to try to “heal the hood”. The interview can be viewed below.

In-depth with Ajamou Butler on ‘Heal the Hood’ from Unicorn Riot.

During the block party, African American vendors lined the sides of the streets with tables and canopies selling mostly hand-crafted items such as t-shirts, jewelry, oils and paintings.

Dozens upon dozens of youth played with games and on jumpy gyms, and participated in art projects that had been set up in the park.

A stage was erected in the middle of the block, providing a platform for musicians, speakers, and eventually a public gang truce between the Vice Lords and the GD Nation (also known as Growth & Development or Gangster Disciples).

Members from sometimes rivaling street organizations grilled hamburgers together and fed the whole block party for free. Throughout the course of the weekend well over 500 people were served.

Entertainment was provided by the Milwaukee Flyers, a nonprofit tumbling team, featuring young youths exciting the crowd with their graceful flips off of trampolines, jump rope tricks, and more.

Performance group Ina Olinu Drum and Dance Ensemble played for an extended period of time on both days of the weekend, dazzling people with their rhythms and hand speed.

Unicorn Riot spoke with many people from the community and different organizations, including but not limited to members of Milwaukee’s Black Panther Party, members of the Nation of Islam, GD’s, Vice Lords, and more.

Many community members spoke of the racial and economic disparities that they face in Milwaukee: segregated neighborhoods; police brutality; and a lack of resources for jobs, education, and health care. They discussed the need for local economic development without relying upon external parties who have consistently failed them thus far.

“There is a lack of jobs, there is lack of proper education and there is also a lack of unity“, said Abel Muhammad of the Nation of Islam. One way to address that, he said, is by “buying up land in our community, making urban farming real for our people and employing our people to man the farms, to sell what we get on the farms. We have to start to create our own industry and economy.” – Abel Muhammad, Minister, Nation of Islam

A member of the GD Nation spoke with us about how street organizations have been manipulated by the federal government to turn communities against themselves. He mentioned how agents in the FBI’s COINTELPRO campaign sent messages to the leadership of the Black Stone Rangers in order to turn them against the Black Panther Party. He also described how gang conflict is driven by disputes over scarce resources in materially deprived communities.

An explanation of how the govt has “started & expanded” divisions w/in the Black community. #HealTheHood #Milwaukee pic.twitter.com/Ljc8OGyLxe

During the interview the GD Nation member discussed a letter, produced by the FBI during their COINTELPRO campaign, that had been intended to trick Jeff Fort of the Blackstone Rangers into believing the Black Panther Party wanted to kill him. The text of the letter is visible at the bottom of this FBI memo. (Note the FBI was characterizing Black political organizations as ‘hate groups’ as far back as the 1960’s and one of FBI Director J. Edgar Hoover’s first targets was Black Nationalist Marcus Garvey in 1919.)

During an in-depth interview with Vice Lord Zahir El Shabazz, he shared his thoughts on what it was like to grow up Black in Milwaukee. Watch below:

“Growing up in Black in #Milwaukee is hard man” – Zahir El Shabazz at 2016 #HealTheHood – #MilwaukeeUprisingpic.twitter.com/fcLZAv2cam

New studies continue to be published calling out Milwaukee as one of the toughest places for a Black family to live. The high rate of disparities between Black and White families around the urban areas of the Midwest, as seen in Minneapolis and Chicago, is even more staggering for those who reside in Milwaukee. Hopelessness continues to be invoked throughout what many lately are calling the ‘Jim Crow North’. Even the Chicago Tribune just penned an article, “By many measures, Milwaukee is toughest U.S. city for blacks“.

Lew Blank, a 17 year old with the Young, Gifted, and Black coalition, a circle of youth fighting for Black liberation, recently put out a piece titled ‘31 of Wisconsin’s 56 Black Neighborhoods Are Jails‘, which shows, using a Racial Dot Map from the 2010 census, that over half of the neighborhoods in Wisconsin with a Black majority population are actually jails.

In spite of the circumstances, Brother Heal the Hood actively works to create hope within his community. This year, on August 27th and 28th, just a couple weeks after the Milwaukee Uprising in response to the police murder of Sylville Smith, ‘Heal the Hood’ will have its second event of the year, titled Heal the Hood Fest 2016!

Last year, on the show Deprogram, Unicorn Riot interviewed author Dee X (who also hosted the mini-doc on the 2016 Heal the Hood by Unicorn Riot). We spoke about his article “Unify or Die: Revolutionary Struggle and American Gangs“. This discussion, delving into street organizations and their past, present and future, was continued at the 2016 Heal the Hood Block Party. The Deprogram interview seen below also featured a discussion on the context around the ‘Heal the Hood’ Block Party and a small video made by independent media collective Locked in the Game.

Part of Unicorn Riot’s mission is to ‘broadcast the stories that might otherwise go untold’, if you like our work and want to help our volunteer-operated, horizontally-organized, non-profit media collective please consider a tax-deductible donation: 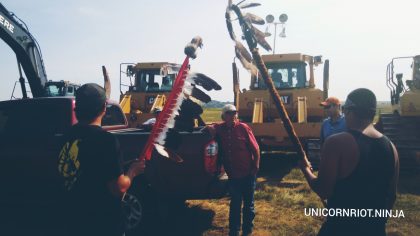 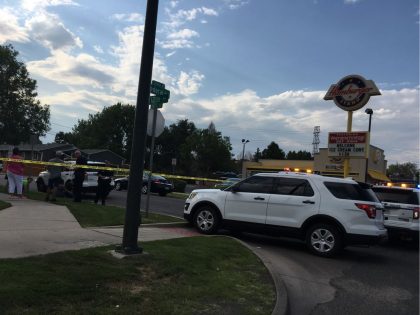