Amsterdam, Netherlands – Activists from the ‘Climate Camp’ took direct action at the port of Amsterdam, the biggest gasoline port and the second biggest coal port in Europe.

Climate activists used the hashtag #CodeRood, aka Code Red, to indicate that they are responding to the imminent emergency posed by the threats of runaway climate change from continuing fossil fuel use and development.

After the morning wake-up call, a large group marched from camp to the port of Amsterdam.

A large industrial coal facility was occupied and shut down:

The action shut down the coal port until six pm when police entered the port and told the activist to leave, five refused police orders and continued to shut down the port. All five were arrested and charged with trespassing and damage of property. They refused to give their names and remain anonymous in the system.

Another eight activist were arrested when they tried to use civil disobedience to shut down a coal plant near the port. Reports claim the activist were met with security and dogs, one was bit, and activists used a fire extinguisher to keep the dogs back. Eight were arrested and face trespassing and also violence charges. They too remain anonymous within the system.

The coal port, OBA Bulk Terminal Amsterdam, claim that activist cost the company 50,000 euro’s when they were forced to shut down operational. They also claim unknown ten’s of thousands of euros in damages. 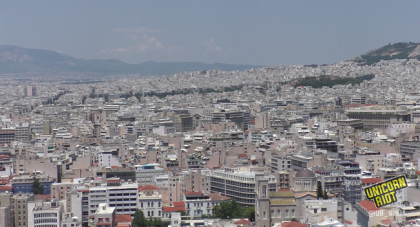