Philadelphia, PA – A rally calling for the impeachment of President Donald Trump took place Sunday morning at Liberty Bell Plaza. A variety of liberal and progressive organizations generally denounced the Trump administration, calling for Medicaid for all, and drawing attention to the ongoing Trump-Russia investigation.

Area antifascists were also in attendance. An announcement was published days before the event calling on people to come oppose various white supremacist, so-called ‘alt-right’ elements who threatened to disrupt the impeachment rally. The permitted march got underway shortly before noon, as planned.

Anti-Trump march of several hundred starting to take the streets in Philadelphia pic.twitter.com/m6tyUXA8hJ

The heavily policed march eventually ended without incident at a plaza downtown. However, a group of neo-nazis, white nationalists, and Trump supporters was also holding an event nearby.

The white nationalist pro-Trump march eventually ended at Logan Square, where the small crowd of a few dozen listened to speakers. One of the speakers presented his own version of Richard Spencer’s call for a “white ethnostate”, which was met with applause.

Several individuals at the white nationalist event were carrying ‘Kekistan’ flags, a visual reference to online harassment culture based on 4chan and other image boards. The ‘Kekistan’ flag is a variation on the original German Nazi flag.

The pro-Trump rally then ended, but many of the group walked directly from their rally point to Tir na nOg, a nearby Irish pub where many of the white nationalists had planned to meet. In the alley outside the pub, several fights broke out between anti-fascists and white supremacists.

Philadelphia police officers arrested four antifascist demonstrators, while not arresting any of the several Trump supporters who were also involved in the fights. (The Philadelphia Fraternal Order of Police endorsed Donald Trump during his presidential campaign.) When asked about white supremacists using their pub as a venue to meet, the manager at Tir na nOg declined to comment. The pub’s twitter account later tweeted a statement in response to comments made on social media.

In a separate incident from the fights outside the pub, a man who had been carrying a ‘Trump 2020’ sign at the white nationalist event appeared to have been involved in a fight by Suburban Station in downtown Philadelphia. He was visibly covered in blood as he was removed by paramedics on a stretcher. SEPTA transit police arrested three individuals.

We will provide updates as more information becomes available. 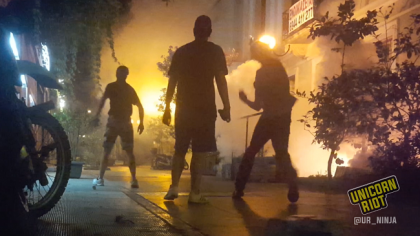 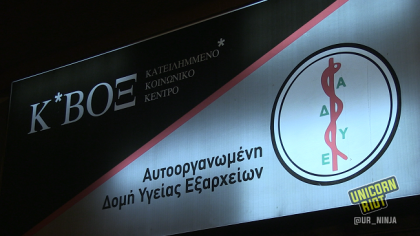