St. Paul, MN – An important update surrounding the police killing of Cordale Handy and a community meeting garnered from a protest took place in St. Paul on April 13th. Unicorn Riot documented both.

A very quick morning press conference took place in front of St. Paul’s City Hall in which civil rights lawyer Andrew Stroth announced the filing of a federal lawsuit. Stroth said that the day before, Wednesday, April 12th, 2017, Kimberly, Cordale Handy‘s mother, had filed a federal civil rights lawsuit against the city of St. Paul and the officers involved in the police killing of her son.

Stroth said that with the lawsuit they are “pursuing justice and systemic reform, it’s not just about a financial remedy or money for the families, no amount of money can bring back Kim’s son.”

Stroth stated they want the “police department to reform” and brought up the dangers that Black males face, saying,

“They talk about St. Paul as one of the most livable cities in America, yet for young Black males, it’s a very dangerous place to be.”  – Andrew Stroth, civil rights attorney

Kimberly Handy-Jones spoke for a few minutes about her son Cordale, who she said, “was a gift from God.” Jones stated she “shouldn’t have to be without him,” and said, “my child didn’t deserve to die in that execution-style manner.”

Kim ended by saying “today, because of police wanting to play the judge, the jury, and the executioner, I am without my child.”

“…I want justice, justice for every mother & father out there hurting & suffering because of a lose to police brutality…” K. Handy-Jones pic.twitter.com/3cwDxEMQdq

A few questions were asked by the press and then Michelle Gross, of Communities United Against Police Brutality, spoke about some of the issues of police brutality in St. Paul. To watch the press conference, see below:

Prayers & thank yous lead to #CordaleHandy‘s mother speaking on who Cordale was & how media needs to tell the truth https://t.co/hzQmmb5NhS pic.twitter.com/UUCnagbT27

Students opened the meeting up with artistic pieces and then family members of victims of police killings spoke (Marcus Golden’s aunt, Jaffort Smith’s wife, Cordale Handy’s mother), as well as some other community members. They gave details to some of their past victimization by the police and they questioned the narrative that the police put out through the media, as well as how they handled the killings.

Kimberly Handy-Jones gave an emotional speech and then directed a bulk of it at Police Chief Todd Axtell. Jones stood close to him continually asking him to put himself in her shoes and appealing to him as a “mother to a father.”

The youth panel presentation then followed. Six youth, all students of HSRA, presented a variety of questions regarding police interactions and brutality to the public officials and the officials were given time to answer.

One youth directed his question to the entire panel of public officials, and asked,

“Well, since I was 13, I have been stopped, frisked, slammed, searched, and disrespected without due process. During these interactions I was one step close from either going to jail or being killed … Should the community see me as a person in a mugshot or the person in my school picture?” – Youth asks officials

The chief answered that the youth has a lot of potential and expressed hope that the youth might want to take advantage of opportunities to work with the department. Both the youth and the audience expressed dislike of the latter part of the chief’s response. When Axtell continued, an audience member said, “I think he’s already said he’s had opportunities to interact with your officers and they didn’t turn out very well.” The youth indicated, with a gesture, that the audience member had the right idea.

Council member Thao, who is running for Mayor of St. Paul, addressed the youth who had asked about mugshots versus school pictures, saying “media bias” and “institutional racism” were to blame because they “perpetuate” the idea that “Black people are bad and white” suspects become victims.

Thao stated that “a good government” is one that is “truthful, transparent, and accountable to the people” who vote. He expressed frustration at the media’s unfair treatment of people of color and related details of the Minneapolis Police’s murder of Fong Lee and how it has still not been explained properly and also how Jason Anderson, Lee’s killer, was awarded the Medal of Valor. Thao insinuated that Lee’s killing and the handling of it prompted him to become more politically involved.

Councilmember @DaiThao1 brings up #FongLee‘s police killing as reason as to why he does the work he does – #LIVE https://t.co/hzQmmb5NhS pic.twitter.com/sweTLG0LdZ

Youths questioned the process of governing and politicians listening to their constituents. Many of these same youth have gone to city council meetings, including the one that was disrupted that led to this meeting taking place. Because of disagreements in the answers given, the community had to be told many times by the hosts to stop speaking while the officials were.

The youth panel was followed by a question and answer session by the community that was cut short due to the extent of the time. After the public community meeting concluded, Unicorn Riot spoke with some of the youth presenters about their thoughts.

To watch the community meeting, see below:

Last month Unicorn Riot covered a vigil for Cordale Handy and spoke with his mother afterwards. Watch his mother speak:

Watch the disruption of St. Paul’s City Council meeting that led to the community meeting on April 13: 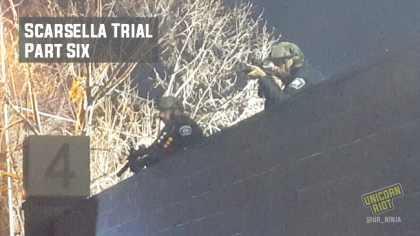 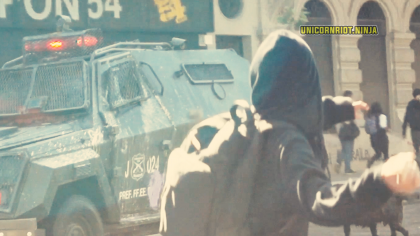