Hamburg, Germany – World leaders started the G20 Summit in Hamburg under heavy police protection. By early morning, the sky was filled with smoke plumes from burning barricades and vehicles across the city. Riots started early in the morning and continued across Hamburg despite the police banning all demonstrations.

Shortly after the sun came up, civil disobedience was used by organized droves of activists who blockaded intersections and more militant protesters attempted to reach the security zones to stop the G-20 and defended themselves by throwing rocks and bottles at police, smashing windows, and shooting fireworks at police who were attacking with water cannons. All groups were met with violent attacks from police. The clashes throughout the day left over 200 police injured, as well as dozens of injured protesters, with at least one individual in critical condition.

Unicorn Riot began its coverage at an intersection where police had blocked all access roads to the harbor where leaders were having a dinner, reception, and concert. A massive critical mass demo cycled by as a peaceful marching band sat in front of police cars to stop them from moving.

Yesterday a marching band (ft’d in video) was attacked by police for passively sitting in street. Watch the clip: https://t.co/f6JmOohwFv pic.twitter.com/IWihz4yNd5

The peaceful dance blockade was eventually dispersed by police who pulled and pushed them out of the way. Activists returned to block the police vans, and then police began using pepper spray.

During this exchange, riots continued across the city. Near St. Pauli, we witnessed a large riot of thousands of people actively engaged with fighting back police aggression. Police water cannons were fired into the crowd trying to disperse the protest. The militant autonomous & anti-capitalist protesters used rocks, fireworks and bottles to keep the police lines back as the cannons swept the crowd knocking many to ground.

Police beat people to the ground and kicked those that had already fallen. Individuals that were not saved by fellow protesters were dragged away by police through inches of broken glass that covered the cobblestone roads. Medics tended to the wounded on side streets and alleys.

As the black bloc numbers swelled into the thousands, police were left seemingly helpless to regain control of the situation. ATM’s were smashed and burnt, at least one bank was smashed, and a handful of corporate stores were looted for barricade materials and food. The crowd burned televisions, toilet paper, boxes, wood, and generally anything that would keep the barricades lit.

Another store full of beer and liquor was also looted for bottles to defend the area from police attack. While some of the black bloc fought off the police with rocks, molotovs, and lasers, others kept the barricades burning and used hammers to break up the concrete.

Eventually police deployed tear gas causing the thousands gathered to fall back. Once the crowd, that was seemingly unprepared for a gas attack, had fallen back to safety, a police “anti-terrorism” squad moved in to clear the area with MP5’s and other rifles (presumably loaded with live rounds). Unicorn Riot left the area after our team was gassed, hosed down, our data was depleted, and another camera was destroyed.

Watch the livestream videos from the night of action including a two hour stream below:

Please consider donation to Unicorn Riot so we can manage to keep making original independent media. Go here to support our work. 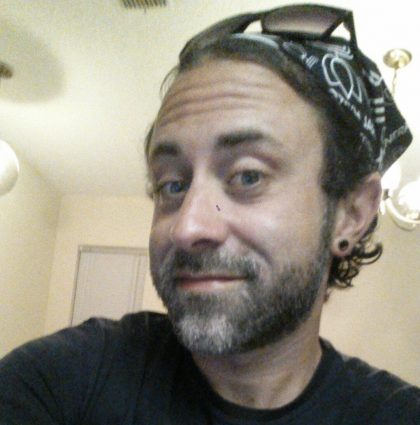 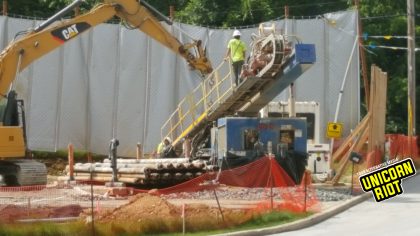