Charlottesville, VA – On Thursday, October 12, the Institute for Constitutional Advocacy and Protection (ICAP) at Georgetown Law School filed a criminal complaint in Virginia state court against a list of organizations and individuals. The legal filing seeks to enjoin a variety of groups involved in the Unite The Right event from continuing to conduct “illegal paramilitary activity” in the state of Virginia.

Plantiffs in the lawsuit include the City of Charlottesville, 11 local businesses, 1 corporation owning property in Charlottesville, and 3 neighborhood associations. The complaint, which names a variety of groups and individuals, seeks immediate “declaratory and injunctive relief to prevent Defendants from returning to Virginia organized as military units and engaging in paramilitary activity.”

The case made in the complaint seems to center around the government’s alleged monopoly on the organized use of force, the lack of required licenses for self-described armed ‘security’ forces, as well as issues posed by heavily armed militia members in Charlottesville on August 12 being visually indistinguishable from deployed members of the Virginia National Guard. The various militia organizations are described as acting as “private armies” unaccountable to any “civil power.” Right-wing militias invited to Charlottesville by Unite The Right organizers Jason Kessler and Eli Mosley are also accused in the complaint of “falsely assuming the functions… of law enforcement.”

Militia are described in the complaint as purporting to serve as ‘peacekeepers’, while in actuality using the threat of deadly force to intimidate all who would oppose Unite The Right, which the complaint notes included not just confrontational antifascists but also unambiguously peaceful protesters such as clergy.

The complaint cites case law reading “no independent military company has a constitutional right to parade with arms in our cities and towns” as well as a Supreme Court ruling that stated “military organization and military drill…cannot be claimed as a right independent of law.”

The plaintiffs seek to prohibit the organized, armed activity of the named defendants using arguments outside the scope of the Second Amendment, claiming,

The ‘factual allegations’ laid out in the complaint, include a detailed re-telling of the events of August 11th and 12th, and describes how the night before Unite The Right, various militia groups “engaged in joint training exercises” on a farm property in Unionville, VA.

Defendants Jason Kessler and Eli Mosley are also described as reaching out to recruit militia groups to provide armed security services for Unite The Right – services which, according to the complaint, required a license from the Virginia Department of Criminal Justice Services.

Details asserted in the complaint include evidence of a militaristic command hierarchy that permeated the organizing for Unite The Right, with several militia leaders boasting of having people “serving under” them.

The complaint also makes extensive use of evidence taken from the ‘Charlottesville 2.0’ Discord chat server used to plan for Unite The Right, which we obtained and published in August. Specifically referenced are two different documents shared over Discord with Unite The Right attendees – a “Shields and Shield Tactics Primer” used to train for making a “shield wall” for both offense and defense, and a “General Orders” document distributed by neo-nazi organizer Eli Mosley on August 10. The complaint includes the text of over 40 Discord messages from the ‘Charlottesville 2.0’ server the plantiffs cite as evidence that organizers such as Kessler and Mosley “knew the gathering would likely turn violent.”

The complaint refers to those named in two different ways – the “Alt-Right Defendants” and the “Militia Defendants.” Various individuals and groups are described based on the roles they played on the weekend of August 12.

The “Alt-Right Defendants” include Jason Kessler, who was the primary local Charlottesville organizer for Unite The Right, and the main facilitator for the Charlottesville 2.0 Discord server. He can be seen below at the beginning of the torchlit march on UVA campus on Friday, August 11.

#UniteTheRight organizer Jason Kessler talks a lot about ‘white genocide’ so we asked him what it is. He wouldn’t tell us. pic.twitter.com/ynwMqbeKhk

Another key Unite The Right organizer named in the complaint is Eli Mosley (real name Elliot Kline). Mosley was recently appointed as the new leader of the violent white supremacist group Identity Europa. He was one of the main coordinators of the Unite The Right, playing a key role in planning over Discord and in overseeing the military-style units of white supremacists engaging in street violence in and around Emancipation Park on August 12.

The Traditionalist Worker Party (TWP) is named in the complaint, as are Matthew Heimbach and Cesar Hess, two of its leaders. Heimbach and the TWP were one of the main forces behind the April 29 neo-nazi event held in Pikeville, KY to announce the formation of the new “Nationalist Front.” Video from August 12 in Charlottesville shows a Nationalist Front contingent, including a TWP contingent led by Heimbach, violently attacking a group of counter-protesters.

The National Socialist Movement is also a defendant along with its “commander” Jeff Schoep (who can also be seen in the video.) The neo-Nazi organization Vanguard America also announced their participation in the Nationalist Front at the April 29 event in Pikeville; ‘Vanguard America’ (whose members as of recently are trying to rebrand themselves as ‘Patriot Front’) is also named as a defendant.

The “Militia Defendants” group includes the Pennsylvania and New York chapters of the Light Foot Militia, as well as Christian Yingling and George Curbelo. Francois Marion is named as a defendant along with his organization American Freedom Keepers, LLC, whose members were recently spotted at the “Mother of All Rallies” pro-Trump event in Washington, DC on September 16. Also on the list of defendants is Ace Baker and his militia organization American Warrior Revolution (AWR).

The lawsuit also two names leftist, anti-racist armed groups – Redneck Revolt and the Socialist Rifle Club – and includes them mixed in on the defendants list with a list of right-wing white supremacist militias without clearly differentiating between them. This has led some to view the lawsuit as enabling a cynical attempt to increase the powers of local and state authorities that by all accounts stood by and did basically nothing on August 12.

Emily Gorcenski, a Charlottesville resident involved in opposing Unite The Right, sent a series of tweets criticizing the lawsuit as harmful to future anti-racist self-defense efforts.

Charlottesville moving to ban paramilitary organizations is just another way the city’s actions will backfire. Militias and guns had very little impact on [August 12]. The city is using [the presence of militias] to excuse their stand down order. The issue on [August 12] were fucking Nazis. Heather was killed because of a car attack. One person fired a gun, but it did not escalate. Now when Nazis come back, our community will be even more defenseless.” – Emily Gorcenski, October 12, 2017

We asked Tanya Weinberg, Director of Media Relations at Georgetown Law, about the inclusion of anti-racist armed groups as defendants in the complaint. She told us  “the Virginia constitutional provision and statutes on which the lawsuit rely bar unauthorized militias and paramilitary activity regardless of ideology.”

Richard Preston, a KKK Grand Wizard, fired a single shot towards counter-protesters as he was leaving Emancipation Park on August 12, but no other gunfire was heard or reported that day. Just a short time later, James Alex Fields, Jr. drove his grey Dodge Challenger into a crowd of counter-protesters, killing Heather Heyer and seriously injuring many others that he ran over with his car. Charlottesville residents have claimed that the area where Fields drove into protesters was supposed to have been inaccessible to vehicle traffic that day, as it is often closed when events are held downtown.

Charlottesville authorities have recently come under fire after an arrest warrant was issued for D’Andre Harris, a Black school teacher who was brutally beaten by white supremacists in a parking garage on August 12. The warrant was obtained by League of the South leader Harold Ray Crews presenting altered evidence directly to a local magistrate, effectively bypassing the police who claim they had no part in issuing the warrant. The warrant taken out against Harris is widely considered to be a retaliation after an online campaign led to arrests and criminal charges against several of the white supremacists who beat Harris.

Richard Preston is currently in custody at the Albemarle-Charlottesville Regional Jail. He appeared in court on October 12 and claimed that he fired the shot in self-defense and he was denied bond by a judge. On Friday, October 13, Jason Kessler, along with Evan McLaren and Nathan Damigo of Identity Europa, appeared in court in relation to charges filed on August 12. All three were found guilty of failure to disperse and ordered to pay fines; they all reportedly plan to file appeals. Kessler was recently indicted on perjury charges in an unrelated case. 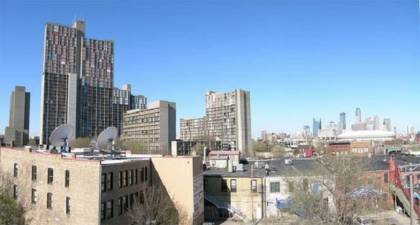