Denver, CO – A campaign is underway asking the Grand Hyatt in downtown Denver to cancel the Turning Point USA Western Conference scheduled for March 18-19. The call-out to picket was made by the Denver Action Network with the following information in their event page.

After weeks of phone calls that have been ignored by the Hyatt, we are now calling for a picket in front of the Grand Hyatt Regency on Wednesday at 6PM. We want to make it crystal clear that we will hold accountable businesses that host hate in our city. Bring a sign, a ton of friends & propaganda. We will be passing out literature and building up momentum in the coming weeks before the conference.

The Hyatt has a simple choice: cancel the event or face the growing community resistance to it. – Denver Action Network

Protesters showed up to picket the hotel, holding signs, and handing out fliers containing instructions on calling the hotel. Three prospective guests about to check into the hotel ended up canceling their reservation after speaking with the picketers. They said they let the hotel know that they were canceling due to learning about the conference being held there.

We entered the Grand Hyatt and asked to speak with Mark Stievling, the General Manager. He declined to be filmed for an interview, however he stated that the hotel policy was to not involve themselves in the content of their guests’ events, for reasons of privacy. When asked if the hotel would host any group, he said there were some that would not be welcome and that there were always discerning factors. When asked what those discerning factors were, he responded “I’m not interested in having a conversation about it.”

Turning Point USA (TPUSA) is a conservative non profit organization that publicly disavows any affiliation with the alt-right and white supremacists. However, TPUSA has ties to Breitbart, has supported Milo Yiannopoulos, and is targeting professors who teach about systemic racism in their classrooms.

TPUSA created a professor watch-list that has been described as “raising fears of McCarthy-era tactics while also drawing ridicule.”

Faculty members of Calvin College penned an open letter to TPUSA requesting that they all be added to the professor watch-list.

We make this request because your site currently lists one of our colleagues, Professor Joe Kuilema. As a teacher and mentor, Professor Kuilema has educated many students who have dedicated themselves to serving people in the community. His own commitment to helping others extends outside the classroom, into the local community and as far away as West Africa, where he has spent years contributing to development work. The knowledge that Professor Kuilema shares with students is thus based not only on insights gained as a scholar but also on his experience with people whose lives are affected by the real-life, structural inequalities in the world. Your organization claims to recognize “the right for professors to say whatever they wish.” Professors like Joe Kuilema don’t say whatever they wish. Instead, we say what we know, based on careful research, the accumulated work of other scholars, and our own direct experience outside the classroom.

Professor Kuilema is listed on the Professor Watchlist because of his statements about systemic racism in the United States. If an aim of your site is to identify professors who maintain that racism remains a difficult problem in American society, then all of us need to be on the list” – faculty members at Calvin College

TPUSA was the organization responsible for bringing Milo Yiannopoulos to speak at CU Boulder last month where many gathered to protest the event. A subsequent event at UC Berkeley was canceled after people broke windows, started fires, and launched firecrackers into the building where he had been scheduled to to speak.

Yiannopoulos has since been disinvited from speaking at the Conservative Political Action Conference (CPAC) and has seen his book deal with Simon and Schuster canceled. As of yesterday he resigned from Breitbart after video resurfaced of him asserting that children as young as 13 could consent to and benefit from sexual experiences with adults in their 20’s; while conservatives have championed his bigoted views in the name of free speech up until this point, they have drawn a line at statutory rape.

We will continue to bring you updates on the response to the Grand Hyatt hosting this conference and will be covering the event if is not canceled prior to March 18th. 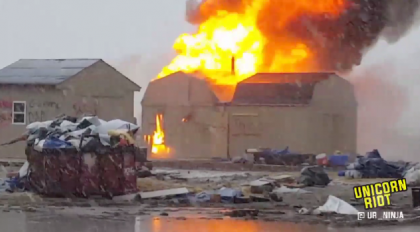 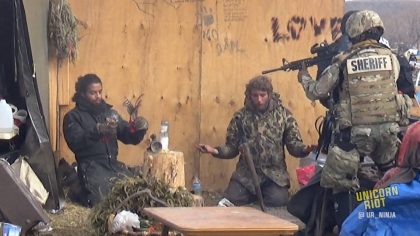