St. Paul, MN – A verdict is expected shortly in the manslaughter trial of Officer Jeronimo Yanez. Yanez was charged on November 16, 2016 after he killed 32-year-old African-American Philando Castile by shooting him five times during a traffic stop in Falcon Heights, MN on July 6, 2016. Yanez is being tried by a mostly white jury.

Video livestreamed at the scene of the shooting by Castile’s girlfriend went viral and was censored by Facebook. Massive protests took place last summer in St. Paul, MN, and across the country, condemning Castile’s murder, who bled out in the driver seat of the car as Yanez continued to hold him and his girlfriend at gunpoint.

Verdict Upcoming in #YanezTrial [#PhilandoCastile] in the Next Days – Follow @UR_Ninja for updates from the community after the verdict pic.twitter.com/jppAK4F8L3

The jury has been deliberating for four days now and are, at the moment deadlocked, and unable to agree on a verdict. Judge William Leary III sent the jury back into deliberations with explicit instructions to reach a unanimous verdict.

As of 1 PM central time today (Thursday), the jury was still in deliberations and had not taken a break for lunch, but was seen carrying empty lunchboxes.

As of early Thursday afternoon it seemed that the jury had still not decided on a verdict.  A note from the jury two days ago requested access to several key pieces of evidence in the case.

#YanezTrial: so far as we know, these requests made Tuesday are the only ones from the jury. No other questions posted in the case file. pic.twitter.com/3YaA8EDCO1

At 4:30 PM it was announced that the jury had still not reached a verdict and would resume deliberations at 8:30 AM on Friday. 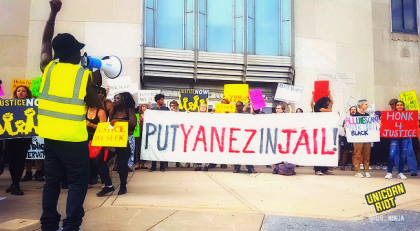