Bagley, MN – Charges were dismissed against Emily Johnston, Annette Klapstein, and their support person Ben Joldersma in a criminal case stemming from an October 11, 2016 action that shut down tar sands oil from flowing through Enbridge’s Line 4 and Line 67. Tuesday’s dismissals represented the end of the high-profile felony case against the small group known as the ‘valve turners.’ Watch the recording of our live feed from the post trial press conference.

Judge Robert Tiffany dismissed the charges, saying that based on the statutes being used, there was not enough evidence to charge Emily Johnston with damaging pipeline equipment. He also found that charging Annette Klapstein and Ben Joldersma with aiding and abetting the damage was impossible because damage couldn’t be proved. The statute’s “clear definition” of a pipeline also did not include the chains that were cut to enter the valve site.

The decision came as a surprise in a trial that the defense had suggested could go into Friday. The defense was based around a historic “necessity defense,” in which Johnston, Klapstein and Joldersma openly admitted to their actions that would normally be a crime, but that they insist were necessary to prevent greater harm to humans on the Earth.

Some of the expert witnesses that the defense lined up for the trial spoke during the press conference. Dr. Anthony Ingraffea, an expert who authored the American Pipeline Institute’s pipeline safety guidelines stated,

“The judge found what I was about to tell the jury: that these defendants caused no damage to the two pipelines they closed. Indeed they acted out of concern for communities that are harmed by fossil fuel pipelines, and the climate emergency.“

The defendants themselves were pleased with the judges decision, but also conflicted as they were eager to state their reasons for their civil disobedience in the court of law. Defendant Emily Johnston said,

“While I’m very glad that the court acknowledged that we did not damage the pipelines, I’m heartbroken that the jury didn’t get to hear our expert witnesses and their profoundly important warnings about the climate crisis.“

Former NASA Chief Scientist Dr. Hansen was another expert witness scheduled to give testimony added during the press conference,

“It’s great that the defendants were found not guilty, but we missed an opportunity to inform the public about the injustice of climate change. Now we need to go on offense against the real criminals, the government. The government, especially the Trump Administration, is guilty of not protecting the constitutional rights of young people. They should have a plan to phase down fossil fuel emissions, but instead they aid and abet the expansion of fossil fuel mining, which, if not stopped, will guarantee devastating consequences for young people.”

The trial came on the heels of an Intergovernmental Panel on Climate Change (IPCC) report that the world was on a path for an increase of 2.7 degrees Fahrenheit (1.5 degrees Celsius) temperature by 2030 if drastic changes aren’t made. The warnings from the IPCC came after the Trump administration agreed that climate change was occurring and that the world could see a 7 degrees Fahrenheit (4.4 degrees Celsius) increase by 2100. The administration also suggested they saw no need to try to stop something that was inevitable, and used this argument to advocate for rolling back environmental regulations.

The valve turners did not see an inevitable future of uncontrollable climate change. The defense’s opening statements said that Emily Johnston, Annette Klapstein, and Ben Joldersma felt they had exhausted legal means to create change were compelled to engage in civil disobedience. During the short trial, the prosecutor played a recording from the pipeline shutdown in which defendant Ben Joldersma can be heard calling Enbridge before Johnston turned the pipeline’s safety shutoff valve.

“For the sake of climate justice and to ensure the future for human civilization, we must immediately halt the extraction (and) burning of Canadian tar sands.” – Ben Joldersma on the phone with Enbridge, October 11, 2016

While their charges were dismissed, the valve turners showed up prepared to face their charges with expert witnesses. They were ready to lay out the science behind why they deemed it necessary to stop tar sands oil from flowing through the United States because of the eminent danger of climate change. 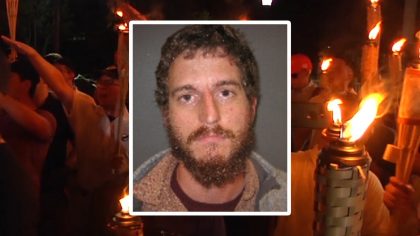 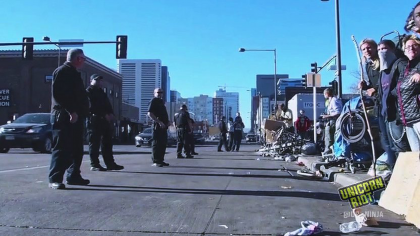 New Initiative Pursues Human Rights for All in Denver