Denver, CO – Over the past six months, with the direction of Denver Homeless Out Loud (DHOL), community members gathered nearly 10,000 petition signatures to get the Denver Right to Survive Initiative on the city’s May 2019 municipal ballot.

This ballot measure is nearly identical to the Homeless Bill of Rights (HBR), also known as the Right to Rest Act, which DHOL sponsored and advocated for in the Colorado General Assembly four years in a row (failing each time.)

Both the initiative and the HBR include the following rights:

The initiative and the HBR would also effectively overturn the Unauthorized Camping Ordinance (PDF) in Denver, which went into effect in 2012. Also known by advocates as the “Survival Ban,” the Ordinance effectively makes surviving without housing illegal:

“It shall be unlawful for any person to camp upon any private [or public] property without the express written consent of the property owner or the owner’s agent, and only in such location where camping may be conducted in accordance with any other applicable city law.

‘Camp’ means to reside or dwell temporarily in a place, with shelter. The term ‘shelter’ includes, without limitation, any tent, tarpaulin, lean-to, sleeping bag, bedroll, blankets, or any other form of cover or protection from the elements other than clothing. The term ‘reside or dwell’ includes, without limitation, conducting such activities as eating, sleeping, or the storage of personal possessions.” – Sec. 38-86.2. (a) & (d)(1) of Municipal Code for City and County of Denver

Unicorn Riot has been covering the treatment of unhoused citizens by the city of Denver since 2015, and throughout the years we have captured footage of the police, public works, and other city employees and/or contracted workers taking people’s belongings and forcing them to move along. The following videos show how the Unauthorized Camping Ordinance, along with other ordinances, affect people without housing:

“When the government’s concern is making profit on market rate housing developments and turning public spaces into private spaces directed by the wishes of the wealthy, we know we must turn to the people of Denver to defend our human right to survive and make public space for the public.” – Denver Homeless Out Loud

DHOL and their supporters will find out on October 29 if the initiative has officially made the ballot. 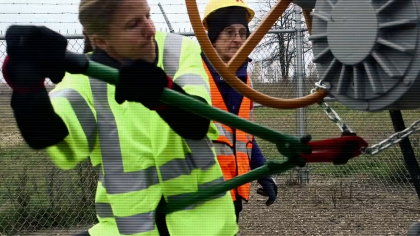 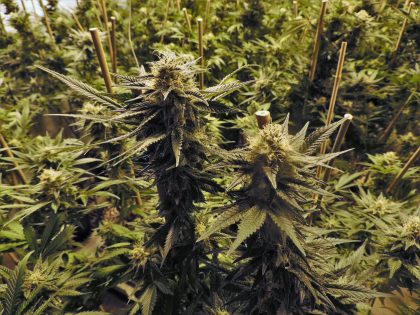