Giles County, VA – On Wednesday, May 23, a forest defender using the pseudonym ‘Nutty’ came down from her aerial blockade after halting construction of the Mountain Valley Pipeline (MVP) for 57 days. However, before Nutty came down, another forest defender named fern MacDougal deployed another ‘skypod’ aerial blockade nearby on May 21 to continue to block MVP machinery.

The ‘monopod’ (a small tent on top of a single pole suspended with anchors tied to surrounding trees) occupied by Nutty had obstructed the passage of vehicles up the forest service road – now obstructed by fern MacDougal. Fern’s blockade is three miles up the Forest Service’s ‘Pocahontas Road’ from where Nutty’s stand had been – effectively maintaining the same blockage of vehicle access to forests further up the road, where additional tree-sits prevent logging operations from being completed.

The tree-sits further up the mountain stand in the way of MVP’s proposed drill-site to bore a hole through Peters Mountain for the pipeline.

Nutty had been confined to a tent only slightly larger than a cot and was cut off from supplies from supporters since the Forest Service enforced a closure zone of 125 feet around the road.

The last time she had been resupplied was on April 6, when her supporters were arrested for providing her aid. In her last phone interview before leaving the monopod, Nutty told Unicorn Riot that she had been without any food since May 19.

Members of Appalachians Against Pipelines said that Nutty has been hospitalized and was given three misdemeanor citations by the authorities – violation of a closure order, blocking the road, and constructing/maintaining an unauthorized structure.

On Monday, May 21, fern MacDougal deployed a ‘skypod’ (a structure suspended by ropes and anchors to surrounding trees) a short distance up the road from Nutty’s monopod. MacDougal explained to Unicorn Riot that the ‘skypod’ they occupy is suspended between trees and the ground with a network of anchors. These anchors block the road and surround her at a great enough distance that it would put her in danger if authorities tried to use a cherry picker to remove her. Both fern and Nutty argue that their land-defense campaign seeks to undermine systems of ongoing colonialism and resource extraction.

Korine Kolivras, a resident of neighboring Montgomery County, VA, who has been active in the pipeline resistance, explained her support for the new blockade:

We need clean drinking water. We need to live without fear of a massive explosion. We do not need another pipeline. We do not need to hand over our lands just so the pockets of executives can fill even further. This pipeline is not a public good; it benefits only corporate interests. I support continued actions to stop this unnecessary pipeline that would ruin our beautiful forests and communities. We the people are speaking.” – Appalachians Against Pipelines press release

Fern MacDougal, a Masters student in Conservation Ecology and Environmental Justice at University of Michigan, had participated in a 30-day tree-sit in 2011 with RAMPS (Radical Action for Mountains’ and People’s Survival) to halt strip mining on Coal River Mountain, in West Virginia. MacDougal’s tree-sit had been the longest continuously occupied blockade East of the Mississippi, until Nutty’s recent 57-day blockade.

I’m honored to be beaten by such a stalwart defender, and am challenged by her bold act to come join the struggle. Yet I also hope to see this record beaten again and again; I hope that this determination rallies others who have been waiting, who have unwittingly been creeping closer to their tipping points every day, and who will soon be surprised to find themselves taking bold action in defense of life.” – fern MacDougal

The Mountain Valley Pipeline is a 42-inch high pressure pipeline that would begin in Wetzel County, West Virginia, and would carry fracked natural gas 300 miles from the Marcellus and Utica shale formations to a compressor station in Pittsylvania County, Virginia.

MVP currently plans to have the pipeline in service by the end of 2018. However, the pipeline construction faces serious delays; as of this writing there have been at least nine aerial blockades to resist MVP construction.

Along with the current tree-sits and skypod in Jefferson National Forest, locals have erected tree-sits and blockades in the surrounding counties.

In Roanoke County, VA, 61-year-old Theresa ‘Red’ Terry and her daughter Theresa Minor Terry blocked construction of the pipeline through their family’s land from April 2 until May 5, when a federal judge ruled they would each be fined $1,000 per day.

Another blockade called ‘Little Teel Crossing’ has continued since April 19, where 3 tree-sits were built on the farm of Ian and Carolyn Reilly’s cattle pasture in Franklin County, VA. At a hearing on May 4, the Reillys testified that they never occupied the tree stands on their farm, didn’t approve of their construction, and knew very little about the sitters. Despite this, the Reillys were each fined $1,000 by a judge on May 15 for contempt and their “active and passive” support for the tree sitters’ goal to block the pipeline.

As of this writing, one of the three stands on Little Teel Crossing remains occupied by forest defender ‘Ink.’ MVP is currently clear-cutting the immediate surrounding area. Forest Service police have been maintaining a 24/7 presence at the monopod and now at the skypod, shining lights on the occupants and cooperating with MVP’s private security contractor.

Video recently posted from Little Teel Crossing shows a pipeline contractor, sporting a Trump sticker on his hard hat, cutting tree branches with the apparent intention of injuring the tree-sitter.

Today MVP injured a tree sitter in Franklin County VA by cutting a tree he was attached to. Caught on video by several people. Here is video from tree sitter Ink.

With various tree-sits and other forest blockades still in place on the pipeline route, and local popular support for pipeline resisters increasing, the Mountain Valley Pipeline faces an uncertain future, although state and federal agencies are expected to work hand-in-hand with the company to ensure the project’s completion.

For now, Nutty told us, pipeline resisters are finding strength in the connections they are making with each other in their ongoing and interconnected struggles.

Let’s let what we learn in this struggle reach into every corner of our lives, even as our lives and relationships meld inextricably with our actions. Let’s build friendships and commitments strong enough to withstand the long fight ahead. It’s going to be very, very hard. I think we’ve only gotten glimpses of what we’d need to achieve to stop this pipeline. Yet if those glimpses are any indication, the coming months, and the coming years and lifetimes fighting the many facets of the world we’re trying to destroy, will contain not only grueling effort and frequent moments of doubt but also unexpected joy, laughter, and triumph.” – Nutty 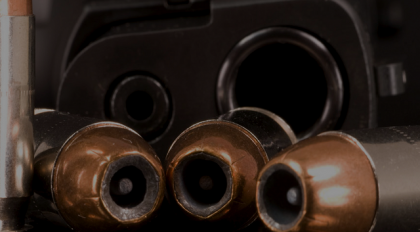