Bloomington, MN – Highly controversial ‘Bulletproof Warrior’ training manuals from the same session that Jeronimo Yanez, Philando Castile’s killer, attended in 2014 were released to the public by community organizers during a press conference at the Mall of America (MoA). MoA security hosted the Bulletproof training on May 16-17, 2018, in which an estimated twenty law enforcement officers were pulled from attending the contentious training course by their superiors over the negative public relations it would bring their departments.

Unicorn Riot is the first to publish The Bulletproof Warrior and Anatomy of Force Incidents training manuals that Jeronimo Yanez read during the 2014 seminar. A few copies of the manuals were passed out to the crowd and media during the press conference, which featured a myriad of speakers, a large banner reading “Stop Bulletproof Warrior Training” and two large Black Lives Matter flags flying behind the speakers.

Michelle Gross, founder of Communities United Against Police Brutality (CUAPB), spoke first at the press conference and set the scene as to the importance of the training.

“We’re here outside this Mall of America because the mall is sponsoring and the security staff are attending a police training course called Bulletproof. Bulletproof is a fear based training promoted and taught by Dave Grossman, a former Army officer who specializes in ‘killology’, a field that he invented, and by Jim Glennon, an extremist, who believes that all police violence is justified and who encourages his trainees to quote, ‘shoot the second they feel they are in danger’.” – Michelle Gross, CUAPB

Valerie Castile, Philando’s mother, spoke about Yanez attending the course and what he learned in the training, prior to killing her son. Castile said the seminar is training the police “to become terrorists“. Watch the video of her speech below.

Dave Bicking, from CUAPB, displayed the training manuals during the press conference and said that a friend infiltrated the same course that Yanez attended in 2014. Although the manuals are four years old, many of the ideas, tactics, and training have remained similar.

Bicking stated that these manuals may also be some of the only ones in civilian hands.

See The Bulletproof Warrior training manual by Calibre Press below.


The thirty-six-page-manual starts out with biographies on the two presenters of the course, former police officer, Jim Glennon, and Dave Grossman, a former Army Colonel and psychology professor at West Point.

Glennon is the owner and director of training at LifeLine Training and Calibre Press, which offers training courses and manuals for law enforcement officers. In the bio for Glennon, Calibre Press’ goal, “is twofold: Keep officers alive and give them the tools to enjoy a successful career in law enforcement.“

Grossman, an author, speaker, and scholar in “human aggression“, has created his own ideological theory called “killology“, the study of killing, specifically “the reactions of healthy people in killing circumstances (such as police and military in combat) and the factors that enable and restrain killing in these situations.“

Since 1998, when Grossman retired from the US Army, he has been traveling the United States, lobbying for his “killology” tactics to be incorporated into police models. According to the killology website, Grossman’s “been on the road almost 300 days a year, for over 19 years, as one of our nation’s leading trainers for military, law enforcement, mental health providers, and school safety organizations.“

The Bulletproof Training manual goes on to focus on the alleged spike in violent crime in the United States and showcases brain scans that it claims show how violence in the media can affect the brain development.

The training manual then focuses on the ‘soldier’s’ degree of “combat efficiency“. Dave Bicking, who spoke at the press conference reminded the crowd that these are police taking this training, not soldiers.

Before getting to a worksheet titled The Bulletproof Warrior, the course focused on sleep, heart-rate, perception distortions, tactical breathing, diagnosing post traumatic stress disorder, how to survive gunshot wounds, survivors guilt, and Christian Bible passages under the titled question “thou shalt not kill?“.

The Bulletproof Warrior section of the training manual is ten pages of guidance for police officers to recognize what they perceive as warning indicators of an attack that a person will show when police commands are given to citizens.

The second page of The Bulletproof Warrior section invokes fear, as it outlines police officers dying and being “prepared on every level“.

The “infiltrator” of the seminar, who released these manuals to CUAPB, took notes in the manuals (visible for all to see). They noted in the 20th page that Glennon said, “We know what they are trying to do – kill a cop. So why do [they] expect us to act differently. They [criminals] start this [encounters] but they ask us to play by the rules!“

On page 21, the manual says that its “adversaries” are younger, in better shape, been in more gunfights and violent encounters, and that they practice more. In the notes, it’s added  that “don’t hesitate” was written on the overhead projector.

During the presentation in 2014, it is noted that Glennon spoke about police shootings in Albuquerque. Glennon said he looked at cases of “38 shootings in three years and no officers were found to have done anything wrong … They haven’t been charged because they’ve done nothing wrong.“

The next few pages focus on communication, both non-verbal and verbal, the “unconscious auto-pilot“, and include pages of “pre-attack indicators“. The indicators direct police to be ready if the citizen doesn’t look in the police officers eyes, or if they aren’t moving enough. Other indicators of pre-attack are: lack of eye-contact, minimal movement, hands, scanning, “felony stretch“, and hesitation when asked an easy question, among many others.

When speaking of the manuals during the press conference, Bicking said that Glennon “seems to feel that the stress is all on the officer and the person the officer is dealing with, should act like there is no stress in that situation for themselves, that is a recipe for killing first.“

A lot of videos are shown and dissected during BulletProof Warrior training. One of the videos shown in Yanez’ session was of a police shooting in Conroe, Texas in 2011, where an officer pled with a citizen holding a gun to put it down. The citizen shot the police officer in the eye a few minutes into the encounter and was subsequently shot to death by other officers. After showing the video, Glennon is noted on page 25 of the manual to have said something the effect of ‘cops freeze due to laws, lawsuits, policies, and politics, not training.’

It’s reported that among the many videos shown in the trainings, now includes the dashcam video of Yanez shooting and killing Philando Castile during a traffic stop in Falcon Heights in July 2016.

The Anatomy of Force Incidents training manual was also used in the 2014 Bulletproof Training seminar and can be read in full below.


The sixteen page Anatomy of Force Incidents training seminar was conducted by former police officer Jim Bostain, with the goal to “enhance officer performance during use of force encounters by examining what happens before, during, and after a critical incident.“

Bicking described this training booklet as being “virtually entirely based on what you can do to justify killing someone or what you should so you won’t hesitate to kill someone.“

The training dissects what Bostain called myths versus realities. Some of the myths that were listed, were that officers “must use the minimal amount of force“, “force may only be used to affect a custodial arrest“, “an officer must use the “least intrusive” or “best” option when using force“, “a suspect must cause harm” or “be armed to justify” force used by the officer, and more.

Section VI of the Anatomy of Force Incidents manual is After a Use of Force Incident (pictured above), which outlines actions like debriefing supervisors, seeking legal counsel, avoiding immediate statements and watching who you talk to. The ending of the seminar further instructs the officers how to give a statement and guides them on how to fill out their reports to stay safe from being charged with any crimes for excessive use of force.

Force Science Institute (FSI) is continually mentioned as the research used by the conductors of the trainings put on by Calibre Press and LifeLine Training. Dr. Bill Lewinski is the founder and director of FSI, a research, consulting, and training organization focused primarily on human behavior in use-of-force situations. Lewinski taught law enforcement courses at Minnesota State University, Mankato, for 28 years.

The press conference held in protest of the Bulletproof Training outside of the MoA featured about a dozen speakers from an assortment of employment backgrounds and community organizations, including Valerie Castile, Philando Castile’s mother.

The coalition of organizations and community members presented demands:

Community organizer and researcher, “Rachel”, spoke about Grossman’s books and the research that is done for the tactics and trainings in his books. She brought up how Grossman trains and writes as if the police are in a constant state of war.

Rachel said Grossman speaks of police being warriors, because he says they are at war in the war on crime, drugs, and terror, and that he justifies his “inflammatory, fear-based” rhetoric on this urgent need to spread his ideas to police officers across the country.

“Sandi”, a long-time mental health professional presented during the press conference and said that in 2002 an effort to ban this controversial training was unsuccessful and asked “is this what we want our tax dollars spent on?” She said that it is well documented that Grossman has said to his attendees that “you and your partner will have the best sex you ever had after you shoot someone“.

For further information on Dave Grossman there is a very detailed article by Steve Featherstone, titled Professor Carnage, which profiles Dave Grossman and offers the following as the title byline, “Dave Grossman teaches police officers to think like “warriors.” But is the rise of a militarized mindset turning black citizens into targets?“

Other speakers implored the ceasing of the training and spoke of abolishing the institution of police, and even compared some of the training’s which police are receiving to their own jobs and wondered why training police to kill was acceptable.

After Valerie, Philando’s mother, gave a speech, Philando’s friend, John Thompson, while kneeling on his knees with his hands up, spoke against the continual negative police interactions with the community and saying that the war that the police are training for, is against people like him.

Watch the full press conference below. 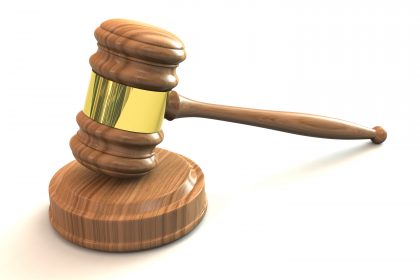 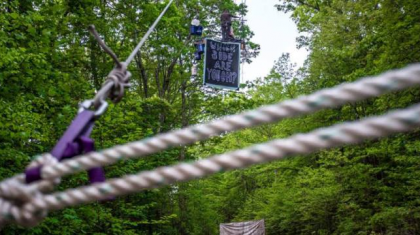