Tucson, AZ – On Friday, November 16, a jury in the federal court in Tucson began deliberation in the ongoing second trial of Border Patrol agent Lonnie Swartz, who killed 16-year-old José Antonio Elena Rodriguez in 2012. The first trial this spring failed to convict Swartz of 2nd-degree murder and he is currently being retried on the charges of voluntary/involuntary manslaughter. After four weeks of trial, a verdict is expected in coming days.

Updated coverage: Not Guilty: A Precedent of No Accountability in Border Patrol Shootings (Nov. 22, 2018)

Community organizer Eduardo Garcia warns that “the entire trial felt like it was to criminalize José Antonio, his family, and border communities — and not to show how little regard Swartz had for José Antonio’s life. The court and the prosecution have been complicit in allowing the Border Patrol Union to rely on racist stereotypes in their defense.”

This trial is significant not only for family members seeking justice for the death of José Antonio, but also because of precedent it will set. Retired head of internal affairs at Customs and Border Patrol, James Tomsheck, told the Guardian:

“If no guilty verdict is achieved in this trial, I believe it would be interpreted by frontline border patrol agents as open season on young Latino boys at the border who may be engaging in misconduct that does not in any way justify lethal force”

Swartz is the first Border Patrol (BP) agent to be indicted for an on-duty killing in a decade and would be the first convicted if the jury finds him guilty. In 1989, Graham v. Conner defined that a police killing is legally justified if a reasonable officer would have had fear of grievous harm or death. This ruling has been a part of why courts have been unable to hold killer cops accountable across the country. Despite this high bar, community organizer Juan Ortiz argues that “even within their own rules, it is not true” that a reasonable officer in Swartz’ position that night would of had legitimate fear. Other officers from that night testified that none of them drew their weapons when the alleged rocking began.

Defense attorneys hired by the National Border Patrol Council (the union that represents Border Patrol agents) argue that Swartz was defending himself from rock throwing. At of the end of the previous trial, the defense had reportedly spent nearly a million dollars. Costs included an impressive range of expensive expert witnesses including psychologist Dr. Miller, who charges $10,000 per day, and Dr. Cyril Wecht, who performed an autopsy on JFK.

Sean Chapman, the lawyer hired by the BP union, along with expert witnesses hired by the defense lawyer, cherry-picked details such as the presence of rust on José Antonio shoes and the existence of smuggling tunnels that had been found in Nogales. José Antonio’s grandmother, Taide Elena, rejected the “racist” portrayal of her grandson as a criminal, and told the jury that her family has lived in the same small house for over four decades.

In her final argument, federal prosecutor Mary Sue Feldmeier reminded the jury that they needed to see past what she called “red herrings” made by the defense. She argued that the extraneous evidence and criminal portrayal of José Antonio is not relevant to the claim that Swartz was acting as a “reasonable officer would to end imminent threat” when he shot 16 shots from three separate positions.

The court also allowed the testimony of an anonymous informant known as “el señor”, who had been paid $234,000 over the past 9 years, to testify that José Antonio was involved “drug smuggling operations”. It is unclear how strongly the prosecution challenged that this testimony was credible, or if it was even true, or how it could be relevant to the case, except to portray José Antonio as criminal.

The prosecutors have also been criticized by members of the Justice for José Antonio Coalition in a public letter they sent to the Attorney General’s office. They asked why the prosecution never challenged the existence or extent of ‘rocking’, for which the only evidence is: 3 throwing motions seen in the video from the East Camera from over 2,000 feet away. the testimonies of the Nogales Police and Border Patrol agents present, and the small rocks identified by the agents as the ones allegedly thrown.

Members of the coalition that sent the letter also asked what happened to the only eye witness on the Mexico side of the border, Isidro Alvarado. Alvorado allegedly changed his testimony after a private meeting with prosecutors. Alvarado had originally said he was walking behind José Antonio and saw that he was not throwing any rocks.

The outcome of this trial may have deadly consequences. If the jury cannot reach a verdict on either charges, it will be up to the prosecutors to bring Swartz to trial a third time, which local activist and retired public defender Isabel Garcia says is very unlikely. In her closing statements, Feldmeier implied that Swartz’ fear of rocks was baseless. She also said that he was lying about hearing a dog get hit by a rock, and that he only found out that Agent Wynecoop was hit by a stone in 2014 during the grand-jury investigation — both of these claims had been central to his defense.

During closing arguments, prosecutors did not make any mention of José Antonio’s family. Technical details about the exact moment and position of death were discussed at length, and no comments were made to humanize José Antonio, or to show the impact his murder has had on his loved ones.

We will bring you a report from the verdict in the next few days. 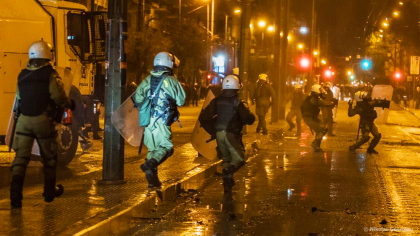 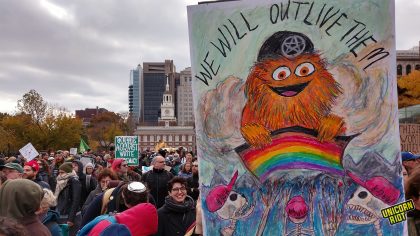