San Francisco, CA – Oral arguments began Friday morning in San Francisco Superior Court where “weed Nazi”, Bethany Sherman, is seeking to unmask anonymous antifascist researchers for publishing articles outing her as a neo-Nazi. Sherman had been the CEO of OG Analytical, a legal cannabis testing company based in Eugene, Oregon, until being exposed as a white nationalist by Eugene Antifa.

Unicorn Riot has previously reported that Sherman’s attorney is white nationalist William Daniel Johnson, based out of Los Angeles, although he was not present in court. Instead, Sherman was represented on the phone by Douglas Crowder who was given the case last night.Crowder repeatedly pointed to Sherman’s filed declaration (PDF) that she was not a neo-Nazi but failed to provide any additional evidence. Judge Moore repeatedly asked for additional evidence, and after long periods of silence, Crowder would refer the judge to the declaration.

Representing the anonymous antifascist activists was Cooper Brinson of the Civil Liberties Defense Center and James Wheaton of the First Amendment Project. Brinson immediately invoked the First Amendment rights of the activists and stated that unmasking them could put them at risk of extra-judicial violence by white nationalists. Brinson also pointed out that Sherman made conflicting statements in her declaration. As an example, Brinson points out that Sherman states, “I do not operate a ‘white supremacist’ twitter account” in her declaration (PDF) but that she didn’t explicitly deny operating them in the past. Brinson further points to Sherman statement of “any other Twitter accounts I have had were private” as proof.

Judge Moore has yet to rule on the case and will likely do so in the next few weeks. Brinson asked the judge to consider if a reasonable person would use the word “neo-Nazi” to refer to Sherman. “If it looks like a Nazi, and talks like a Nazi, its a Nazi,” he told the court.

Bethany Sherman’s defamation lawsuit seeks to order the web hosting company, Weebly, to identify the administrators of an old Eugene Antifa web page that had posted the first reports exposing her neo-Nazi affiliations.

In a statement to Unicorn Riot, Brinson said, “We think the hearing today went very well. The judge asked great questions of both sides. We’re optimistic about the ruling. The judge said to expect a ruling before Thanksgiving. In the meantime, we’ll continue working on this case and we are committed to fighting fascism in all its forms.” 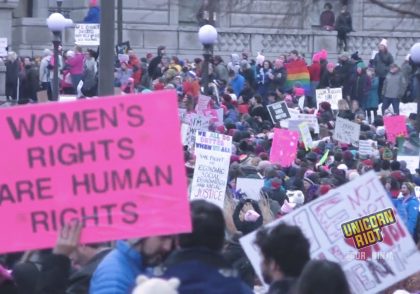 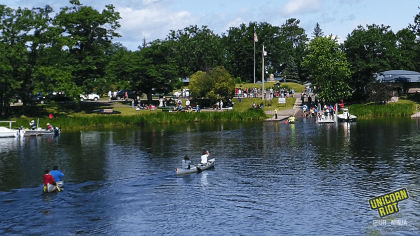