Las Vegas, NV – Winn Schwartau, author and cyber security expert who has been working in information security since 1983, sat down Unicorn Riot at the 26th annual DEFCON hacking conference.

Since the early days of the conference Schwartau has been known for his appearances as the host of the popular game Hacker Jeopardy, and for his provocative, original ideas about security topics which he has described in more than a dozen books and articles. Winn once testified before Congress, saying

“An electronic ‘Pearl Harbor’ is coming.”

His first non-fiction book, “Information Warfare: Chaos on the Electronic Superhighway“, written in the early 90s, introduced the concept of cyberterrorism to the public. He has written many other books regarding cyber-security and recently released a new book titled “Analogue Network Security”

To learn more about DEFCON, Winn, and what an ‘electronic Pearl Harbor’ is, watch our interview from DEFCON 26:

In 2002, Winn was honored as a “Power Thinker” and one of the 50 most powerful people in networking by Network World. In 2007 SC Magazine labeled him one of the Top 5 Security Thinkers, and in 2008 he was voted one of the 25 Most Influential People in the Security Industry by Security Magazine.

What if #CyberSecurity can be quantified or measured? What if we’ve been looking at #Security the wrong way?@winnschwartau‘s new book #AnalogueNetworkSecurity has the answers! Launching at @BSidesLV, on 8/8 at 1200h. Get a copy signed! https://t.co/8FTHntzYBy #BSidesLV #InfoSec pic.twitter.com/wPPz3FiFhi 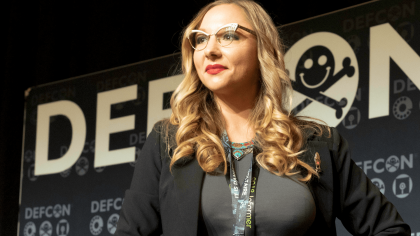 Sex Work After SESTA/FOSTA: A Discussion With Maggie Mayhem at DEFCON 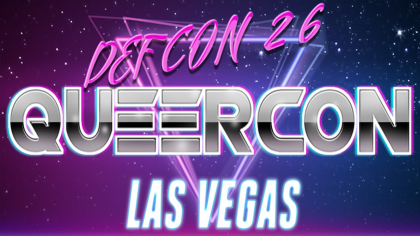