Shakopee, MN – Over 100 employees at ‘MSP1’, a large Amazon warehouse in Minnesota, plan a four-hour work stoppage at the peak of business on Amazon’s “Prime Day” sales promotion event.

.@Amazon workers and those assembled to support them are calling on the company to provide a safer work environment.

Workers have shared how the quotas they are pressed to meet lead to workplace injuries that aren’t covered by worker’s comp.#PrimeDay https://t.co/hxzP3x5GBY pic.twitter.com/ardKOp74sX

The Shakopee Amazon warehouse is staffed primarily by immigrants from Minneapolis’ large Somali, East African, and Latinx communities. The facility also faces an ongoing lawsuit from three Somali-American women workers who say their religious needs as Muslims are not met, and that they have faced retaliation for organizing against poor working conditions at their workplace.

At least 100 ppl are here at the @Amazon Fulfillment Center in Shakopee, MN to support striking workers on #PrimeDay.

An Amazon software engineer shared messages of support for warehouse workers, collected from employees in other depts at the company.https://t.co/hxzP3x5GBY pic.twitter.com/1eZUjc68tX

Organizers expected more workers to join the strike, but said the Amazon workers were intimidated by the police presence in the parking lot and also at the entrances of the Amazon Fullfillment center. Workers and allies continued to hold space outside and formed a picket line.

Supporters of the #AmazonStrike are providing soft picketing of the freight entrance at @Amazon fulfillment center in Shakopee, MN.https://t.co/hxzP3x5GBY pic.twitter.com/NnWapa90rM

The Amazon Prime Day strike brought together workers from the Shakopee fullfillment center, and Amazon tech workers from Seattle who came to stand with their fellow workers. 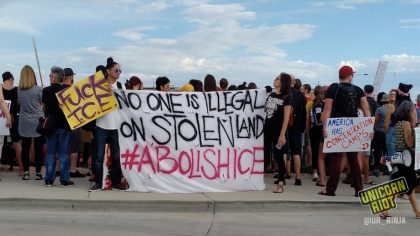 Hundreds in CO Plan Rally to ‘Close the Concentration Camps’ 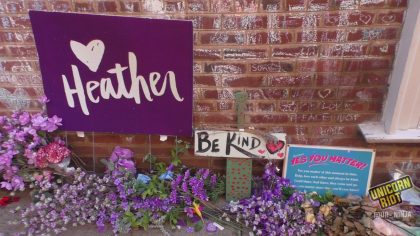