Washington, D.C. –  A rally organized by numerous far-right figures, including Laura Loomer and Milo Yiannopoulos, failed to organize more than a few hundred people, with approximately 500 – 700 antiracist counter protesters rallying against them. Although the organizers billed the event on Saturday, July 6 as a ‘Demand Free Speech’ rally, the billed speakers included reactionary grifters such as Gavin McInness, founder of the pro-Trump gang the Proud Boys, and conspiracy hoaxsters Mike Cernovich and Jack Posobiec.

The event was closed one hour ahead of schedule after numerous speakers canceled or had their speaking slot denied after allegations of cocaine-fueled infighting. Several speakers, including Cernovich, Posobiec and congressional candidate Omar Navarro, announced at the last minute that they would not attend.

The antiracist and antifascist crowd assembled under the banner of ‘AllOutDC’ in Pershing Park, a stone’s throw from Freedom Plaza, the site of the far-right rally. The AllOutDC coalition included a mix of religious groups, anarchists, socialists and other community groups like Black Lives Matter – DC. The crowd handed out water, held the street for several hours and listened to Go-Go, a popular music style made famous in Washington D.C. Across the street in Freedom Plaza, our reporters observed Proud Boys co-mingling in the crowd, including their chairman Enrique Tarrio. Unicorn Riot was also able to spot one person with an antisemitic sign.

14th St NW has reopened to car traffic, both rallies basically over although some protesters still in the area. This guy is arguing with anti-racists and ranting about anti-Semitic conspiracy theories pic.twitter.com/jnI5ckWGWz

NYC-based neo-nazi Jovi Val, who was involved in organizing ‘Unite The Right 2’ in DC last year, was also seen at the Proud Boys rally. Val, who recently organized a “fash bash” on Hitler’s birthday, had previously been a Proud Boy but was kicked out for being too openly racist for the pro-Trump gang. Val was reportedly ejected from the Demand Free Speech rally shortly before the event ended.

As the group of Proud Boys and others left Freedom Square, several small groups and individuals entered the crowd of antiracist protesters. The Metropolitan Police Department looked on while at least three individuals antagonized the crowd and in one instance Unicorn Riot observed MPD  throw a counter-protester to the ground at the time. At around the same time, one far-right media host who had been trying to rile up the crowd ended up being chased away by the DC chapter of the Sisters of Perpetual Indulgence, a “leading-edge Order of queer and trans nuns“, who snapped their ornately decorated hand fans in unison, creating a silencing wall of noise.

Following the far-right rally, which mostly consisted of speakers complaining about alleged social media censorship, the attendees regrouped outside the Trump International Hotel later in the evening to catch a coach bus to a secret afterparty location. The National Spy Museum, the officially listed venue for the post-rally cocktail hour, canceled at the last minute, which Islamphobic speaker, Laura Loomer, blamed on “antifa“. In order to facilitate the large group moving to the unannounced location, one coach bus was used to chaperone the numerous attendees to an off-site location, leaving approximately 100 people waiting for a ~30 person bus for several hours in the 90+ degree D.C. sun.

Several dozen counter protesters arrived to disrupt the gathering point, and were eventually separated from the far-right rally-goers by the police. After a few minutes, several dozen Proud Boys were allowed to cross the street at which point they attempted to surround the crowd. One attendee was observed attacking a counter-protester, police then rushed into the crowd and detained the person who was attacked. The attacker was pulled away and separated but was not arrested. The victim of the attack was placed in flex-cuffs and taken away from the scene.

Shortly after the right-wing rally attendees finished filing into the bus to the cocktail event, a massive rainstorm hit downtown D.C. Many on both sides fled from the weather. Some standoffs continued into the night at Harry’s, a local bar popular with conservatives, where several antifascists followed to stake out the Proud Boys who had gone there to drink for the night. 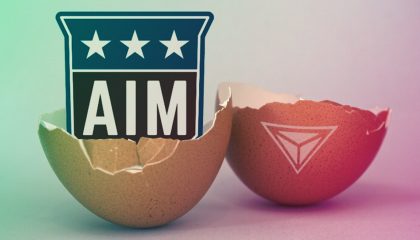 Slouching Towards The Ethnostate: Inside The American Identity Movement 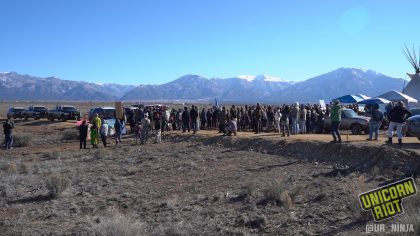