Cape Town, South Africa – In information posted online today, antifascists in Eugene, Oregon claim to have identified a man named Francois Kemp as the South African point of contact for a shadowy fascist group called ‘The Base.’

Leaked records of organizing chats held by ‘The Base’ in late 2018, now available to the public with this report, provide further insight into Kemp’s alleged activities as well as the group’s wider plans.

The Base is an international neo-nazi network focused on training in firearms, explosives and guerrilla warfare. Members are encouraged to plan terrorist attacks targeting non-white and Jewish people as well as journalists and anti-racist activists. Some participants in The Base are also members of Atomwaffen, a USA-based neo-nazi terrorist group linked to five murders.

Francois Kemp, who worked until recently as an Administrative Manager for British Petroleum (BP) in South Africa, reportedly posted under the alias ‘Cempa’ in chats held by The Base over a messaging app called Riot. Antifascists said they first identified Kemp via his Twitter account, @F_KempZA, which matches up with images and details shared on his other social media accounts as well as leaked private chats he apparently sent as ‘Cempa.’

In the leaked chats, The Base’s founder and leader, an unidentified man using the alias ‘Norman Spear’ identified ‘Cempa’ as the group’s primary contact for South Africa.

Other members of The Base expressed interest in traveling to South Africa to meet with the Suidlanders, a racist militia group that seeks race war to create a white ‘ethnostate.’ Simon Roche, the leader of the Suidlanders, has long courted support from various white supremacists in the US. Suidlanders founder Gustav Müller recently met with a representative of the League of the South, a neo-nazi and pro-Confederate group involved in violence at Unite The Right in Charlottesville.

Participants in The Base chat spoke of their common admiration for the Suidlanders, and discussed “the possibility of implementing something similar in USA.” 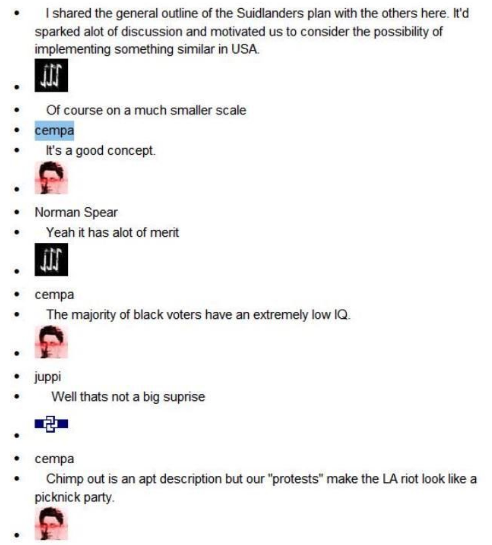 Other posts by ‘cempa’ in The Base’s chats show that he holds deeply racist views and is eager to carry out acts of violence. In one post he wrote that the majority of black South Africans “have an extremely low IQ“. In another, he referred to protests by black citizens as a “chimp out“, a talking point popular with racists online.

Echoing language used by the racist Suidlanders militia, he also wrote that “it seems we down in South Africa march closer to an all out civil war. The slow war seems to be TOO slow for the bolshevik blacks.” He shares in the group’s anti-semitic views as well, and referred to Jewish people as “riddled with madness and other diseases“.

‘Cempa’ also outlined a scenario in which failure of South African electrical grids could provide the pretext for a race war to create a whites-only fascist state.

“We’ll exfil to a position we can defend easier. Most cities would descend into an absolute feeding frenzy. We need to hold out for a few weeks [,] by that time they won’t have large amounts of serviceable vehicles…It would be a horrible time but the end result would be an ethno state.”

Other posts by ‘Cempa’ indicate that he has been in touch with the Suidlanders and received tactical updates from the group regarding “primary extraction points” and evacuation routes.

Still more posts by show that ‘Cempa’ owns a bolt-action rifle, an assault rifle and at least one pistol, as well as stockpiles of ammunition. While The Base encourages weapons training, they also advocate assassinations as opposed to larger militia-style assaults.

In addition to leaked messages from the Riot chat used by The Base, /’Cempa’ was also present in a Discord chat called ‘Base Book Club’. The group discussed the book ‘Siege’, a popular neo-nazi text that encourages terrorism and mass murder of non-whites, as well as Adolf Hitler’s memoir Mein Kampf.

The same man posted in the ‘Base Book Club’ Discord chat using the same ‘Cempa’ handle he’d used in the group’s primary chats held over the Riot app. (His username at one point changed to ‘Kalasnikov‘ but retained the same profile image.)

The same Discord handle also shows up in another far-right Discord server created by Willem Petzer, a racist Afrikaaner YouTube pundit. Unicorn Riot has previously reported on Petzer’s chat logs, which we published in summer 2018. The chats show Petzer and many of his fans posting racist images mocking black South Africans alongside pro-Apartheid messages and Hitler memes.

Our story on Petzer’s Discord server was later picked up by the South African newspaper The Citizen, who described the chats as “a mix of blatant racism, apartheid nostalgia and even overt Nazi symbolism.”

Unicorn Riot is making the transcripts of The Base’s leaked chats available for review by the general public, along with related message logs and screenshots from Discord chat servers tied to The Base. An archive of leaked messages sent over the chat program Riot between October and November 2018 is available for download at the bottom of this article. Leaked chats from The Base during this same time period were previously reported on in detail by Ben Makuch and Mack Lamoureux for VICE News in November 2018.

The chats from inside The Base show its members shared manuals about military tactics and survival skills, and discussed gunsmithing as well as producing pipe bombs, chemical and biological weapons. The group praised Robert Bowers’ deadly Pittsburgh synagogue shooting while brainstorming ways to plan even more deadly future attacks, suggesting “maybe some form of bombing, or something a bit more destructive.” One member, using the alias ‘Poilu’ summarized the attitude of the group when he wrote, “I agree with violence. But especially against any Jew.”

The Base is believed to have recently held a training camp for many of its members in an area near Spokane in Washington State. Images recently posted by The Base on social media show masked men in camouflage fatigues firing at targets, one of which was affixed with the Jewish Star of David.

Patrik Matthews, a Canadian soldier who was recently exposed as an alleged recruiter for The Base, went missing last month after the military announced he was under investigation. His vehicle was later found abandoned near the US-Canada border, and he is believed to have crossed into the US on foot while armed. According to law enforcement, Matthews is currently believed to be at large somewhere in the state of Minnesota. 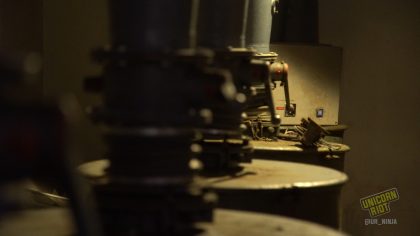 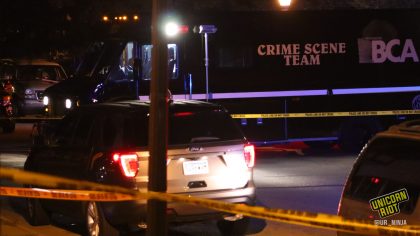