A union confederation is an alliance of different unions coming together in order to assist each other in improving working conditions in their respected trades. For example, the South African Federation of Trade Unions (SAFTU) is not a single union but rather an alliance of many different unions that represents affiliated truck drivers, security guards, and other workers. (A full list of SAFTU-affiliated unions is available here.)

In accordance with the strike, most of the unions’ combined 3 million members called into work on October 7. While many stayed at home due to the health risk of attending large gatherings during a pandemic, thousands of workers still took to the streets in small yet organized demonstrations across the country.

Unicorn Riot covered one such small demonstration in Durban, where workers marched to four government institutions to deliver a memorandum and copies of their eight demands.

Demands included a minimum wage of R12 500 and a moratorium on all job losses and evictions. The full list of demands was delivered to the department of labor, the office of the public protector, and the premier of Kwazulu-Natal.

SAFTU submitted a Section 77 notice to force negotiations on workers’ demands, at least two days prior to the planned labor strike. The union confederations announced on October 7 that if their demands have not been met in two weeks, they will escalate their efforts to more intense protest actions. (Read the full list of demands here)

Labor strikes during winter time are so common that it has been nicknamed “strike season.” That predictable trend has carried over to 2020, with countless legal and illegal wildcat strikes being reported since the start of winter.

What wasn’t predicted was the ongoing coronavirus pandemic, which continues to spread and has devastated the South African economy. Major government and business institutions have used this as an excuse to renege on previously agreed wage increases. While South Africa did receive a $4.3 (R71BN) billion dollar bailout from the IMF in order to bolster its economy, there are serious concerns within the union movement that this money will actually be used to hurt workers, not help them.

“Covid-19 destroyed 2.2 million jobs, and more than five million more of us were reduced to utter hopelessness, now defined as “economically inactive.” […] The bosses are using Covid as an excuse to cut wages and worsen conditions.“

— from demand #1, Overhaul the Economy and build an egalitarian society! on SAFTU.org.ZA website

See our past coverage on how Coronavirus has affected South Africa

The immense economic strain caused by coronavirus has also contributed to the political fracturing of the African National Congress (ANC), the ruling political party in South Africa since 1994. Coronavirus-related corruption probes and financial scandals plague the party’s leadership, leading to increased political infighting between various factions each accusing the other of being the source of the party’s problems. It has also produced a game-changing alliance between two union rivals, SAFTU and the Congress of South African Trade Unions (COSATU).

Since 1990 COSATU, South Africa’s largest trade union confederation, has held onto a tight political alliance with the ANC. Together with the South African Communist Party (SACP), the three organizations form what is called the “tripartite alliance.”

The alliance was originally formed as an effort to increase cooperation between the most important anti-Apartheid organizations of the time. When Apartheid ended in 1994, the alliance continued due to COSATU’s need for the ANC’s political power in government. In exchange, the ANC depends on COSATU’s ability to organize and mobilize the South African workforce to support its political policies.

In recent times, COSATU’s coziness with the ANC-dominated government has been criticized by more militant rank-and-file members of the confederation. Internal disputes rose to such a level that in 2014 COSATU’s largest affiliate, the National Union of Metalworkers (NUMSA), was expelled from COSATU taking its estimated 338,000 members with it.

In 2017, NUMSA would go on to create what is currently South Africa’s second-largest union confederation, SAFTU. Since then, SAFTU has stood in stark contrast to the ANC–COSATU alliance.

While public anger grows against the ANC, COSATU now finds itself in a previously-unthinkable alliance with SAFTU against the ANC-dominated government. How serious COSATU is about severing its relationship with the ANC is currently unknown; it has implied that it is prepared to authorize a full-blown strike, but has so far stopped short of doing so.

Struggles in the country against ethnic bigotry, patriarchy, and the extraction of wealth from the working class have overlapped in more recent times with the movements for climate justice and the global COVID-19 pandemic. Once-rivals SAFTU and COSATU now share a common enemy: the status quo perpetuated by the government.

As the trade union confederation’s two-week deadline closes for the government to begin negotiations, pressure continues to mount for COSATU to align with the needs of rank-and-file workers. Only time will tell if the tripartite alliance will endure against the ANC. 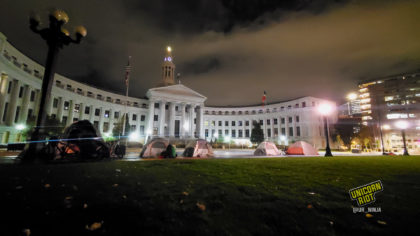 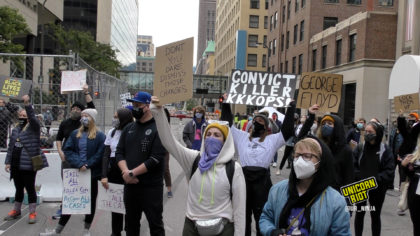