During a December 12, 2020, pro-Trump DC mobilization organized by the Proud Boys, members of the group tore a large Black Lives Matter banner off of the AME church’s property and burned it in the street.

That same night, Proud Boys also stole and burned another Black Lives Matter banner from the Ashbury United Methodist church. These damages to church property occurred alongside numerous violent assaults on anti-racist protesters and bystanders carried out by large groups of Proud Boys and supporters roaming the streets of DC, often as police passively looked on.

Upon his arrival in Washington, DC on Monday, January 4, 2021, for an upcoming January 6 rally, Proud Boys leader Henry “Enrique” Tarrio was arrested on property destruction charges for his role in the vandalism. According to the New York Times, during his arrest Tarrio was also “found to be in possession of two high-capacity firearm magazines” (illegal in DC) and was “charged accordingly with possession.“

The opening paragraph of the Metropolitan AME Church’s lawsuit asserts that “the Proud Boys, its leadership and certain of its members … engag[ed] in acts of terror and vandalizing church property in an effort to intimidate the Church and silence its support for racial justice.“

The five counts named in the complaint include “Bias-Related Conspiracy, Theft and Defacement of Private Property“, several counts of trespass, and “Intentional Damage or Destruction of Religious Property“.

The Metropolitan AME Church’s suit is asking the court for compensatory and punitive damages as well as “declaratory relief stating that the Defendants have committed crimes that were motivated by bias under the D.C. Bias-Related Crime Act..and for any other relief this Court may deem appropriate, including any appropriate injunctive relief.“

Defendants named in the suit are: Proud Boys International, LLC, Proud Boys Chairman Tarrio (who admitted in online posts “against the wishes of my attorney” to burning the Ashbury United Methodist church’s banner) and eight unidentified John Does.

The complaint claims that the Proud Boys engaged in a “conspiracy by converging on and rampaging through downtown Washington, D.C., intent on committing acts of violence against supporters of racial justice, including Plaintiff Metropolitan AME.”

The lawsuit also cites numerous online statements made by Proud Boys leaders and members stating an intent to engage in violence and intimidation during their December 12 DC event.

Henry “Enrique” Tarrio, current chairman of the Proud Boys and a defendant in the lawsuit, is the Florida state director of Latinos for Trump. Tarrio is close with longtime Trump ally and Republican operative Roger Stone (Stone is also affiliated with the Proud Boys.) President Trump famously pardoned Stone after he was convicted of lying to Congressional investigators; Tarrio and other Proud Boys were present in the courtroom throughout Stone’s trial.

Tarrio previously attended the deadly neo-nazi Unite The Right rally in Charlottesville in August 2017, providing security for the event as part of the Fraternal Order of Alt-Knights, a self-described “paramilitary” group. (Jason Kessler, the primary organizer of the Charlottesville rally, had previously been initiated as a Proud Boys member before leaving the group.)

Click here to see the full PDF of the legal complaint or browse it below: 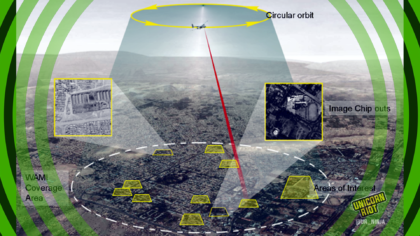 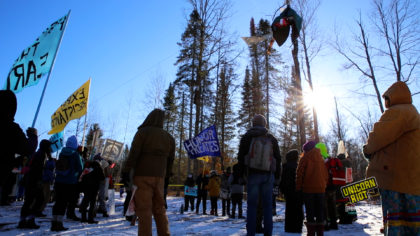