This past Friday, the Israeli army fired dozens of tear gas canisters, rubber-coated steel bullets and live bullets at the demonstrators, exposing dozens of them to toxic tear gas (CS). The IDF preserves control over the Palestinians’ lands that the Israeli occupation wants to seize, and facilitates illegal outposts set up by armed civilian settlers.

The Red Crescent medical services organization reported that two citizens were injured by metal bullets, including a child. Three were burned as a result of being directly hit by tear gas canisters, 35 civilians suffered from tear gas exposure, and two civilians were treated in the field.

Four decades ago during Israel’s creation in an event called the Nakba (“catastrophe” in Arabic), an organized depopulation “transfer” plan called Plan Dalet was carried out, resulting in hundreds of thousands of Palestinians losing their homes.

Since the military occupation began in 1967, armed Israeli settlers have worked to forcibly seize control of strategic points, particularly around Nablus in recent years. A few miles north, settlers systematically attack Palestinian civilians around the village of Burqah. In this area last August, settlers abducted and beat a teenager, and last November, settlers attacked Palestinian arborists with live fire and metal batons.

The IDF often uses live fire ammunition against Palestinian demonstrators in this region under its “Open Fire Policy” as documented by human rights organizations like B’Tselem. Settlers established an outpost near Beit Dajan in October 2020. On March 19, 2021, IDF soldiers killed ‘Atef Hanayshi with live rounds in this immediate area. Hanayashi was throwing stones with other protesters and “posed no danger to the soldiers’ lives,” according to B’Tselem. These outposts are aimed at cutting off Nablus from the Jordan Valley, B’Tselem wrote:

“The new outpost is the latest in a series of outposts built east of the settlement of Elon Moreh along the Jabal Bilal (Har Kabir) ridge. This settlement chain cuts the village of Beit Dajan off from the historical route leading north to the Palestinian communities of Wadi al-‘Far’a (Tirza Valley) and onwards to the Jordan Valley.”

B’Tselem found that Israel has executed a strategy to dispossess rural Palestinian agricultural land from villages adjacent to Beit Dajan since the Elon Moreh settlement was established in 1980.

Immediately east of Beit Dajan, Palestinian communities face “systematic attempts” to eradicate their presence in the Jordan Valley, including demolitions of vegetable markets, tent homes and reservoirs. Collective punishment imposed by blocking off entire Nablus-area villages is a “routine” feature of occupation policy.

Last year, settlers pushed hard to expand new colony outposts near Nablus (such as Evyatar/Eviatar) with logistical support from the Samaria Regional Council and the Nahala Israeli political movement. Showing the goal of breaking up Palestine, settlers posted on Facebook that Eviatar “prevents the creation of a connection between the [Palestinian] villages of Qabalan, Yatma and Beita,” Israeli newspaper Haaretz reported last June.

Since May 2021, at least seven Palestinian residents of Beita have been killed in or around demonstrations, and 180 have also been injured by live fire around demonstrations against the Evyatar outpost. In June 2021, Israel temporarily agreed to pull back, but just before former Israeli Prime Minister Benjamin Netanyahu’s Attorney General Avichai Mendelblit left office early this year, he authorized Evyatar as “state-owned” so expansion could continue unhindered.

Regular protests against Israeli settler outposts on seized Palestinian land in places like Beit Dajan and Beita are expected to continue. 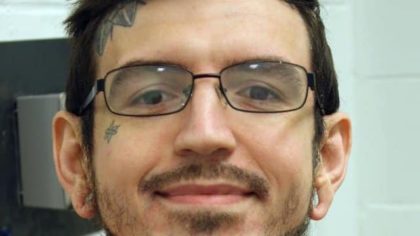 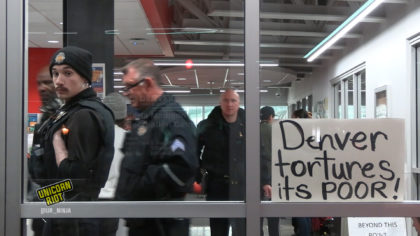 Sit-in at Denver Recreation Center Leads to Meeting with City