South Philadelphia, PA – During the worst days of the COVID pandemic local residents sought refuge and reconnection in an unlikely place – a series of fields, wetlands and woods that swiftly grew into the “South Philly Meadows” in an unplanned, untilled emergence on the grounds of a shuttered and often-flooded golf course on the west side of FDR Park. In recent days, private contractors have destroyed large swaths of the meadows, and Unicorn Riot found indications of intensive herbicide use in large areas of the wetland. Meadows supporters held back tears as they led us through heavily damaged and destroyed wild ecosystems on August 31, voids that once hosted teeming insect, mammal and bird life only hours earlier.

This poisoning of entire areas appears intended to assist “clearing and grubbing” of the area as implementation of a “Master Plan” to introduce artificial turf fields and other amenities has begun in earnest. An organizer told Unicorn Riot multiple dogs have needed veterinary treatment with environmental causes deemed likely in some cases.

UPDATE 9/6: Since September 1, we have not received comment on this possible herbicide use from Fairmount Parks Conservancy. Today the Philadelphia Parks & Recreation Department says that no herbicides or other chemicals have been used in the park during August 2022 – full responses below.

The lopsided nature of the plan has spurred criticism and calls for revision as an issue of GridPhilly explored in June.

An ad-hoc coalition of several groups, under the flag “The People’s Plan for FDR Park,” has pushed local officials to reconsider the plan and preserve more meadows while unlocking often-shuttered sports fields around the city. SaveTheMeadows.com, as well as @savethemeadows and @savethemeadowsfdr on Instagram, are advocating for an alternate park design.

Unicorn Riot also discovered an entire stand of pine trees in the far southwest corner with official Parks and Recreation Department signs warning the trees were discovered to be “spiked” on August 24, a tactic which deters clearcutting by presenting a risk of damage to equipment. None of the groups involved have claimed any affiliation to this tactic or other similar tactics. This spiking seemingly saved the trees from the near-clearcut of old forest all around them, as a crew wrapped up nearby amid dozens of felled trees on the afternoon of August 31.

Messages opposing the bulldozing dot the landscape while opponents say park administrators have been removing their posters from bulletin boards, many made by local children who have grown attached to the meadows.

Opponents of the FDR Park plan believe that preserving more of the Meadows as a wild, sometimes submerged wetland, area, is a more resilient adaptation to these impending climate trends, while protecting endangered and threatened wildlife like monarch butterflies and bald eagles. Witnesses spoke of the likely destruction of a bald eagle nest as well as the obliteration of a monarch butterfly refuges in recent days. A disturbing photo of a dismembered small mammal like a mink discovered in the construction area also circulated.

The meadows supporters spoke of a silence that has descended on the area; as we pivoted our camera the microphone ceased to pick up the dense sounds of insect life, amid planes of scraped dirt and piles of crushed turf. Unfortunately, the clearing of a large stretch of giant trees in the south has immediately caused noise pollution from Interstate 95 to spill deep into the park.

Unicorn Riot previously covered Running Down the Walls, a charity event for prisoner support, in FDR Park last year, and protests that moved into the park during the nearby 2016 Democratic National Convention, a heavily policed National Special Security Event.

As a city built on a coastal plain, Philadelphia faces intense climate change pressures and new stormwater retention systems along much of Interstate 95 are aimed at containing stormwater surges, similar to those faced by New York in 2014’s Hurricane Sandy.

The Master Plan and its backers, the private Fairmount Park Conservancy, Friends of FDR Park, the city’s Parks and Recreation Department claim to address this future by building more resiliency into the landscape, and reworking its hydrology while also increasing revenue within the park, after a multi-year process that included community input, starting before the COVID pandemic. (In spring 2022, locals were surprised when city-owned Cobbs Creek Golf Course suffered hundreds of tree cuts, and a similar type of criticism and organizing is happening there as well.) The plan itself has changed in recent weeks as a smaller golf driving range was canceled.

At the confluence of the Schulykill River, Delaware River, and several creeks, the historic FDR Park was shaped out of a tidal wetland. Swaths of the park are still below sea level at high tide, but an aging tide gate in permits the park to drain at low tide as it absorbs untreated stormwater from the city. The park is also surrounded by sports stadiums, a huge swath of surface parking, the Navy Yard, an enormous fossil fuel complex called the Girard Point Refinery, and the Philadelphia International Airport (PHL).

PHL aims to use new federal infrastructure funds to expand its cargo terminal, while paving over wetlands on its western side.

To satisfy the U.S. Army Corps of Engineers, a very expensive deal has been struck to deem the sub-sea-level southern section of FDR Park as in part a new wetland, as a supposed “no net loss” offset. (The Corps has blessed the cargo project with a “Finding of No Significant Impact/Record of Decision” (FONSI/ROD)).

Then contractors would dredge it to lower its height, then push the dirt underneath a new hill and the artificial turf fields, while “clearing and grubbing” or entirely destroying large swaths of “the Meadows,” a phase which has now begun with “blitzkreig” speed according to opponents.

On the other side of PHL, Eastwick residents fear that the cargo project will only worsen future flooding in their town.

While not all of it is below sea level, virtually the entire FDR Park area lies within a FEMA “100-year flood zone” and routinely floods during rains; stormwater discharges from the city into the park’s waters.

Some opponents suspect that the artificial turf fields are aimed at attracting a FIFA World Cup bid and renting out to affluent suburbanites. Others suspect that real estate owners are pushing the plans to profit from commercialized, non-union concession businesses that would replace the “wild” area.

Upstream of FDR Park, about a year ago the Schulykill River flooded throughout central Philadelphia, damaging businesses and apartment buildings. The probability of such events is expected to increase as climate change alters moisture patterns.

Unicorn Riot submitted questions to both city and nonprofit leaders regarding the suspected use of chemicals, destruction of habitat used by monarch butterflies, possible destruction of a bald eagle nest, and related issues.

Update 9/6/2022: The Philadelphia Parks & Recreation Department responded to several questions we sent, while they said additional documentation could be obtained via the city “Right to Know” process.

“Unfortunately, the premise of many of your questions is based on false accusations from outside groups opposed to any work to restore the former golf course at FDR Park into high quality recreational and natural lands. Philadelphia Parks & Recreation is committed to maintaining safe and healthy natural lands.

“The Philadelphia International Airport and Philadelphia Parks & Recreation are creating a 33 acre native forested coastal wetland on the Southwest corner of FDR Park. Clean fill excavated from the wetland site will create a 9 acre temporary soil hill on the former golf course. In August 2022 contractors prepared the site for construction. No herbicides, pesticides, or other chemicals were sprayed on the site by PHL, PPR, or its contractors.

“[…] No herbicides, pesticides, or other chemicals were sprayed on the site by PHL, PPR, or its contractors in August 2022.”

“The Friends have absolutely no information on the topics in your email.  They are issues that have never come before us in the past or currently on this development. I have forwarded your inquiry to Fairmount Park Conservancy and the Parks and Rec Dept for followup.  Only they have any answers on these subjects. Thank you for writing.”

The Parks & Recreation Department has received our inquiry and it will be added here when available. Fairmount Park Conservancy Executive Director, Maura McCarthy, Ph. D., has not responded. 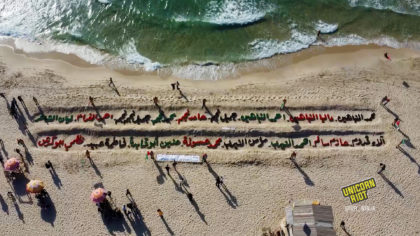 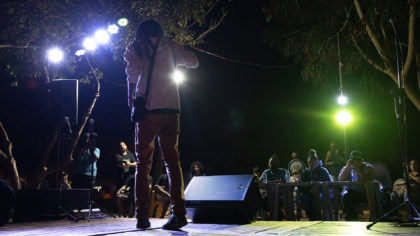 Ribeirão Favel’Arte, Festival of Arts and Culture in Brazilian Favelas