This 30-minute short film examines the role of the mainstream media in denying the voices of Black youths and adults in Minneapolis. The press serves as an intermediary between the multinational retail giant Target Corp., who funds draconian policing and prosecution, and local government. Experts say this trifecta effectively hides the true nature of the downtown business community’s profit-driven agenda which is to weaponize surveillance technologies and police to get rid of “undesirable” groups, especially Black youths, consequently rolling back civil rights for the city’s Black population.

Part 7 in the series: 21st Century Jim Crow in the North Star City

Target’s cozy relationship with the corporate press helped it survive several scandals successfully hiding Target’s hard-line positions, such as former CEO Robert Ulrich’s view on “law and order,” “I don’t just believe in the electric chair, I believe in the ‘electric couch,’” which helped form the basis for its SafeZone program, according to one whistle-blower. (Ulrich did not respond to a request for comment.)

Target fostered partnerships with law enforcement unlike any other U.S. corporation, providing money for cutting-edge technology and equipment, and installing neighborhood surveillance systems and funding equipment for SafeZone. Eight out of 10 people expelled from the downtown business district were Black or American Indian according to city data.

‘Unscathed’ features an interview with writer, scholar, and librarian of 25 years, Renoir Gaither, who sees deep evidence of the local media colluding with Target Corp. and the government. Mainstream media in Minneapolis has used statistics from the SafeZone collaborative to tout crime reduction but systematically failed to tell the stories of the young people impacted by these draconian practices, with clear patterns of prioritizing quantitative over qualitative data, according to Gaither.

“There’s a whole network, a whole web of interests that are attached. It’s never discussed how these work in concert. It’s kind of ‘how they work individually’. And it’s painted as a way of helping these young men improve their lives. And… what’s absent is the law enforcement intervention in their lives.”

You can watch the entire video below. 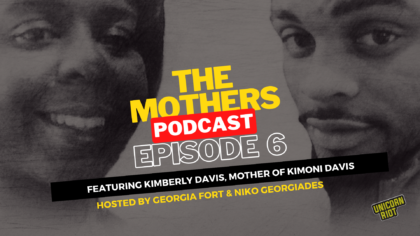 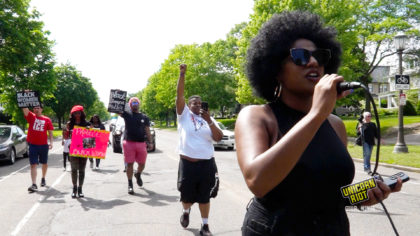