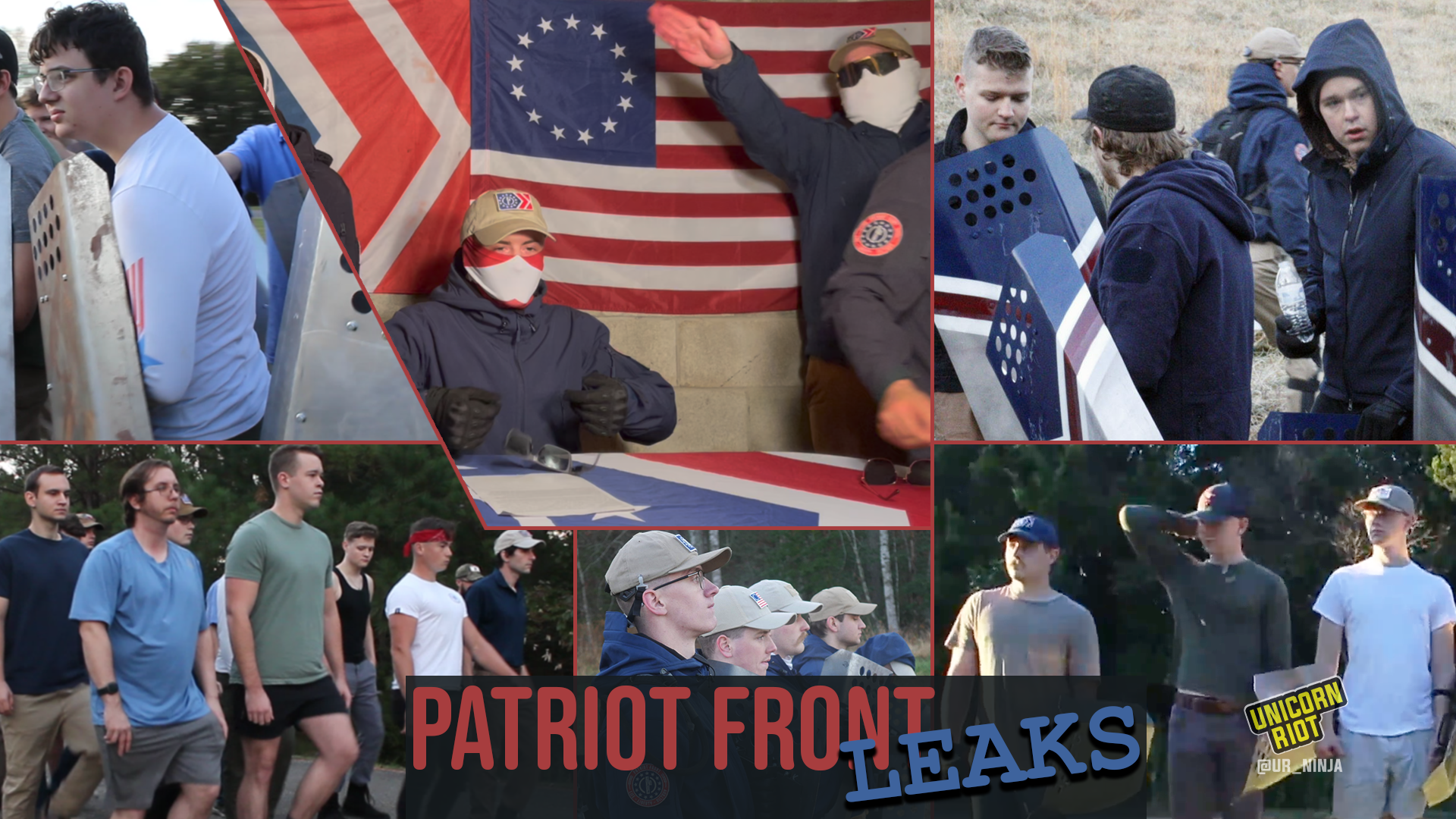 USA – On January 21, Unicorn Riot released a data leak of over 400 GB of files from inside the American neo-nazi group Patriot Front, mostly in the form of photos and videos members took documenting their own activities. All the leaked files can be browsed at vault.unicornriot.ninja/patriotfrontleaks or downloaded as a .torrent here. (Make sure to also check out our original report on the Patriot Front leak; you can browse their leaked RocketChat messaging servers here.)

[Patriot Front began in late 2017 as a splinter group of the violent fascist organization Vanguard America, which began to implode after it was tied to Charlottesville car attack murderer James Alex Fields. Its 22-year-old leader, Thomas Rousseau, lives in the group’s current headquarters in Haslet, TX. Leading Patriot Front (and requiring members to purchase official stickers, flyers and other materials from him personally) appears to be Rousseau’s only source of income as he seems to be otherwise unemployed.]

Below is a detailed guide providing an overview of the leaked media archives sent over Mega.nz amongst Patriot Front members and leadership, with summaries and highlights for each folder. Each section title links to the named folder inside the leaked archive hosted at vault.unicornriot.ninja/patriotfrontleaks.

Summary: Videos at the 2021 American Renaissance conference on November 21-24 at Montgomery Bell State Park in Tennessee. The videos mostly featuring Patriot Front leader Thomas Rousseau as well as ‘Lucca Corgiat’ of the fascist propaganda group Media2Rise. (‘Corgiat’ was recently identified as Alan Michael Goff, a former Identity Evropa member and participant in Montana’s white power movement who once was arrested for shooting a Latino teenager.)

Another Patriot Front member seen in photo and videos in the ‘Central PA Sparring’ folder has been identified by antifascists as Kunkletown, PA resident and masonry contractor Dustin Sargent (he uses the alias ‘Alan PA‘ in Patriot Front’s RocketChat server.)

Stockton from Alexander OR