To commemorate the anniversary of the killing of Mike Brown, a weekend of healing, organizing, and actions occurred in Ferguson and throughout St. Louis. Although the peaceful marches and vigils for Mike Brown, Vonderitt Myers, and the countless others who fell victim to police killings took place, the attention focused on Sunday and Mondays activities. On Sunday night hundreds of protestors were on W. Florissant Ave. in Ferguson when a flurry of gun shots rang out. Immediately after the gunshots scattered the protestors and police alike, four policemen who were in an SUV shot Tyrone Harris (who was coincidentally a friend of Mike Brown), who police later charge with four counts of 1st degree assault on a law officer for shooting at car full of policemen. On the scene documenting was @search4swag and he was detained for filming. Later that night, the police shot countless rounds of tear gas into the Canfield neighborhood after people started to comply with a dispersal order.

Clergy led the #MoralMonday Department of Justice protest in which 57 people were arrested, including Cornell West, Rev. Sekou and prominent twitter activists @Nettaaaaaaaa & @deray among other for blocking doors. Later during Monday, protestors blocked traffic on I70 in St. Louis and 50 or so were arrested. 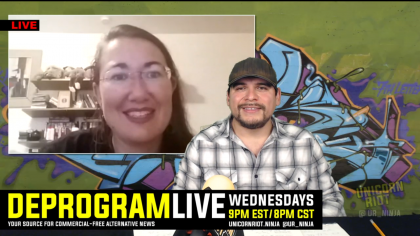 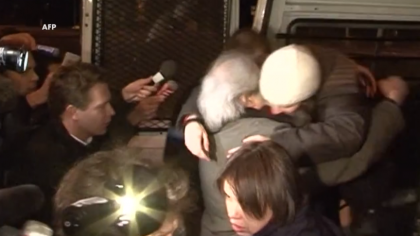