Denver, CO – On the morning of Monday, February 15, the Denver Police tweeted that an act of vandalism had occurred outside the police headquarters at 13th & Cherokee:

Media Alert: Chief White will talk to media about Police Memorial Vandalism today at 10:00 a.m. Loc. will be at Denver Police Headquarters.

The event marked the one year anniversary of a February 2015 march against police killings in Denver, during which red paint was poured on the Denver Police Fallen Officers memorial. The February 2015 incident incited a series of heated statements from police unions and city officials at odds over the police response to the incident. Community groups in Denver also issued statements in support of the painting.

Responding to the event, Chief White of the Denver Police stated during a press conference – “I really felt sick. That memorial really represents the men and women who have given their lives for this community. To deface it is just a dishonor.”

Mayor Michael Hancock also condemned the paint as “despicable”, and executive director of public safety, Stephanie O’Malley, called the vandalism “cruel, disrespectful and unlawful,” according to the Denver Post.

Lucille P., a longtime Denver resident who contacted Unicorn Riot about the story, had this to say:

“It is heartbreaking to hear elected and appointed would-be leaders express outrage over paint on bricks, when they offer no such outrage for the murders committed on their watch.  Mayor Hancock is “sad and angered.”  Was he angered by the officers who killed Jessie Hernandez or Paul Castaway? No.  When cops kill, he speaks only of due process, not of anger.  Mayor Hancock further alleges that the memorial honors those who protect us, but we who endure daily abuse by DPD know that their sort of protection is the kind we could -literally- live without.  Red paint washes off.  The red blood of innocents killed by Denver police – that stain and pain last forever.  We see Chief White calls the alleged perpetrators “disturbed”, but what is truly disturbing is seeing Chief White condone, encourage, and reward state-sanctioned killings of people of color, all while condemning washable paint.  As a resident of Denver, I care far more about black and brown and indigenous lives than any bricks or memorial.  I wish my mayor and chief of police agreed.  Their actions show where their allegiance lies- they are committed to protecting and serving the status quo, not protecting and serving us.”

A heart-shaped valentine box containing a photo of Christopher Dorner and a letter addressed to the Denver Police Department was left at the base of the memorial.

Greetings DPD,
Happy anniversary! One year ago today this cold grey slate was defaced to show the true colors of this department. The truth is, we couldn’t acquire enough red paint to symbolize the river of blood created by the Denver police over the last year. Petty officer Matt Murray commented on the actions of the last St. Valentines day stating, “This is disrespectful, and I don’t think it displays the values of this community. We’re extremely disappointed.”

Mr. Murray, we DO NOT do this for our amusement. Unfortunately, due to the climate created by your department, this action TOO CLEARLY depicts “the values of this community.” It is clear that Denver police have little concern for the living and even less respect for the dead. When you shot and killed Ryan Ronquillo while serving a warrant at the funeral of his loved one, you showed this disdain. When you fired 8 shots into a car of high school students, killing Jessie Hernandez, you made enemies of the youth, enemies of the future. When your department hands out death certificates to the mothers of this community… the COD for their beloved children listed as homicide…they never receive so much as an apology, let alone any kind of human recognition or sympathy for the loss of life, REGARDLESS OF THE CIRCUMSTANCES.

Month after month you expose an utter lack of human decency on the behalf of your department.

You are not the ones that hear the suffering of the grieving mothers.

You are not the ones who hold the infant children of victims taken by DPD at memorial services.

You pull the trigger and get overtime.

For now, we are forced to play by your rules and the responsibility for escalation to this point falls squarely on the Petty officers Jeffrey DiManna and Michael Traudt. It falls on DA Mitch Morrissey, Chief White, Nick Rogers, and any others that allow this despicable streak of cowardice plaguing the Denver police department to continue. You are a disgrace to your department and thus you have disgraced your hallowed memorial.

How dare you cry foul play when your pompous property is damaged! This memorial holds the names of less than 70 officers killed on duty since the 1800’s… the Denver Police have taken the lives of over 70 people in the last decade alone! A dead cop is no more significant than a dead civilian. We will not submit to a militarized police state that sacrifices liberty for a false sense of security. We will not go quietly while your laws and regulations desecrate the very essence of our humanity.

The tides are changing, your support is faltering, legions are forming against you. Cowards, bigots, complicit apathetes! Turn over your badge now, the End of Watch is near! Shout outs to Peter Lang and [Daniel] Holtzclaw, we’ll see you in hell. No Justice- No remorse.

You can expect an incessant siege that is by its own very nature, completely unpredictable 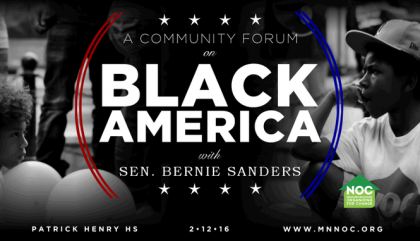 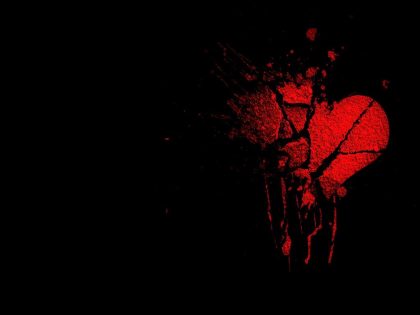