Superior, WI – During a snow storm in Superior, Wisconsin, about 100 community members and activists gathered at the Douglas County Courthouse to voice their opposition to Enbridge’s pipeline expansion plans, march to Enbridge offices, and call for a public debate. After a feast and round dance the night before, organizers called for:

Unicorn Riot was there to document the event live:

When speaking at the rally at the courthouse, Kym Young from Superior, WI said:

“We have passed the watershed event horizon. It’s now or never. We either stand up and get them to stop polluting our world or none of this gonna matter — not #BlackLivesMatter not #NativeLivesMatter, because we ain’t gonna have no lives at all.”

Upon reaching the offices of Enbridge, organizers unveiled an invitation to have “a public debate about the oil pipelines in the Great Lakes” while urging those inside Enbridge’s office to come out and receive the invitation. Following this was indigenous hand drumming and singing:

Invitation to Enbridge to have a debate on "Oil Pipelines in the Great Lakes" https://t.co/3hddgOuN2p #StopEnbridge pic.twitter.com/2Q26muHEgp

The invitation to the debate is explained here:

Demonstrators marched to the second of Enbridge office locations, where a round dance happened and speakers urged Enbridge to stop their pipeline expansions. One of the many expansion projects that Enbridge has going on is the Sandpiper pipeline, which would run right through the Fond du Lac and White Earth Reservations:

"When this #tarsands pipeline leaks it will destroy our Native food source." -Tania #StopEnbridge pic.twitter.com/eTcwJVDbpI

No arrests happened during this event, although one person was detained, released, and not charged for walking around Enbridge’s building.

Here is the full stream of the event:

Per this events’ page: “This event [was] organized by Honor the Earth, MN350, MPIRG, Native Lives Matter/NLMC, Idle No More/Northwoods Wolf Alliance – Duluth, Duluth-Superior Save the Kids, Northwoods 350, and many individuals from the Twin Ports and Fond du Lac communities.” 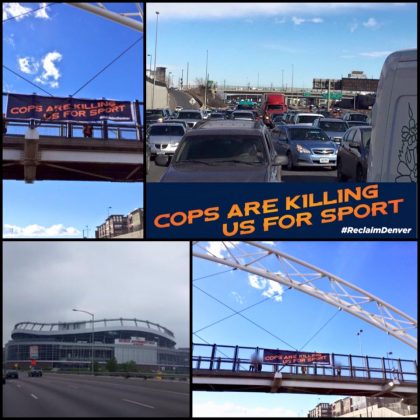 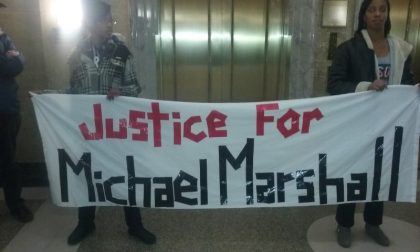