The shooting occurred on the evening of November 24th, 2015, at the workplace of Michael’s sister, Jamie Castilla. As Jamie and two of her siblings were packing up and preparing to leave, their brother Michael arrived in a state of emotional and mental distress. He was fearful for his life and was carrying a toy BB gun for protection.

Concerned for her brother’s health and safety, Jamie called the police for help. According to the 911 dispatch audio, the Columbia Heights police department was aware that the gun was not real and that no one had been hurt. Within minutes of officers’ arrival on the scene, 45 year old Michael Kirvelay was shot multiple times and killed.

Family members were already aware that grand juries for police killings almost always end in non indictment so they formed a group called “Justice for Kirvelay” which worked in conjunction with the Twin Cities Coalition for Justice for Jamar in opposing the grand jury method. The group launched numerous direct actions and public demonstrations aimed at the Columbia Heights PD as well as Metro State University which employs Sgt. Erik Johnston as a law enforcement instructor.

Despite the pushback against grand juries, the state attorney’s office decided to proceed with the grand jury. As predicted, a no-indictment decision was reached. Even so, police officials still decline to release the body camera footage which Sgt. Erik Johnston was wearing at the time of the incident.

After the grand jury announcement, Fridley Police Captain Mike Monsrud stated that there would be an internal review of his police department policies and training. No disciplinary action has been taken against the shooters.

Kirvelay’s sisters maintain that the shooting was unnecessary. Jamie said about the unreleased body camera footage, “They know they’re wrong, and it should show everything.”

Unicorn Riot covered a candlelight vigil for Michael Kirvelay on December 7th, 2015 and heard from his sister, who witnessed the murder: 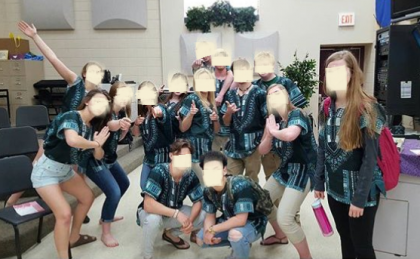