The Denver Police Department’s Crowd Control Manual, as well as Department Directive 11-07 to which it is attached, have, as far as we know, not been available to the public until today. After requesting these documents under the Colorado Open Records Act, we received a heavily redacted copy on January 19th, 2016. It is worth noting that Department Directive 11-07 is dated October 19, 2011, just five days after the first eviction of the Occupy Denver camp on October 14. Denver’s Office of the Independent Monitor issued a report specifically criticizing the heavy-handed tactics used by police during this time period.

Many of the portions of the Crowd Control Manual we are most interested in, such as those dealing with mass arrests, less-lethal munitions, and other tactics used by police at demonstrations, are heavily redacted:

You can read and download the document (or what’s left of it after redaction!) here: The manual’s “General Rules” were essentially unreadable to the citizens of Denver, as this section was wrought with redactions.

Upon getting deeper into the manual, some of the heaviest redactions start out in the “Crowd Management Matrix” section, which “outlines several strategies and tactics that may be used to address the unlawful behavior of individuals or groups.” Below is a screen shot of the language surrounding the “Matrix” and three pages of the subsequent “Matrix” itself, all redacted. For sections after the “Matrix“, what you will see is a bundle of 15 blacked out pages as pictured below:

The number of redactions in the release of the Crowd Control Manual of the Denver Police Department clearly point out that the Denver Police do not view its citizens as civilians in the sense that redacting simple procedures from the public’s view shows the level of secrecy the police entitle themselves to, and per their secrecy deeming the public as a continual threat.

This document release is part of an ongoing series of investigations into the policing of social movements in Denver. Using open records requests and other investigative methods, we are compiling reports and stories documenting the Denver Police.

If you would like to help support our efforts in obtaining more FOIA’s, CORA’s, and more, please consider donating: 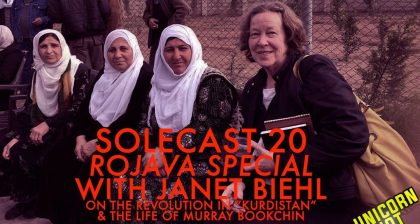