A discussion with Janet Biehl on Rojava and the works of Murray Bookchin. We go in-depth on how people in this Kurdish region are developing an autonomous, democratic, stateless society in the midst of a warzone. Fighters from this region are popular for being the most effective fighting force standing up to ISIS/Daesh (see Kobane). What is really happening here has largely been ignored in the mainstream media. We delve a bit deeper:

The discussion is framed around the Murray Bookchin’s life-long critical exploration of revolutionary ideas and praxis. We talk about Murray’s evolution from Marxism, to social ecology, to post-scarcity anarchism to communalism and how this constant exploration of ideas have helped form the basis for a revolutionary society in the heart of the Middle East. 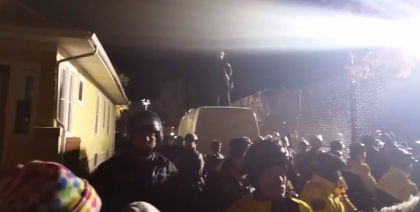