Santo Domingo, Dominican Republic – On Wednesday, March 2nd, 2016, faculty, staff, and students assembled at the Autonomous University of Santo Domingo under a heavy police presence. The assembly was called to discuss the demands brought forward during a two week strike in the beginning of the semester. A pre-planned and publicly announced march was set to take place after the assembly. Participants were to present the demands at the National Palace where government agencies have agreed to their demands but have failed to implement them.

Police Attack Students and Staff from the Autonomous University of Santo Domingo from Unicorn Riot on Vimeo.

Before the march could begin, while the president of the University was speaking before the assembly, two unidentified men threw police issued tear gas canisters into the crowded assembly hall, dispersing the attendees. People rushed out of the hall, many carrying others unable to walk because of the gas effects.

As the assembly attempted to begin their march, riot police surrounding the campus perimeter met the students and professors with tear gas and rubber bullets. Students and faculty immediately took action against the police repression, setting up barricades and lighting trash on fire in the campus entrances and throwing stones at the police. Although the police used a heavy amount of tear gas, rubber bullets, and live ammunition, protesters inside the campus held their ground. The confrontations began around 10am and lasted late into the afternoon.

In a press conference on Thursday, March 3, the Minister of Interior and Police deflected questions about their preemptive attack on the university and the government’s lack of responsibility in meeting protesters’ demands. Police accused the opposition party of promoting the protests in the face of upcoming presidential elections in May. Critics argue the police statements are an unjustified politicization of a movement making reasonable demands for increased government support for the only public university in the country. Many are blaming the violence and chaos on the nation’s president and his police forces.

With classes set to begin again on Monday, March 7th, Amin Abel Student Liberation Front (FELABEL) have called for students, faculty and the UASD community to participate in a “Black Monday” protest under the banner ““If you don’t let us dream, we won’t let you sleep”.

On Tuesday, feminist groups have called for mobilizations to coincide with International Womens Day.

And on Wednesday, the Federation of Professors Associations has scheduled the first general assembly since the police attacks. 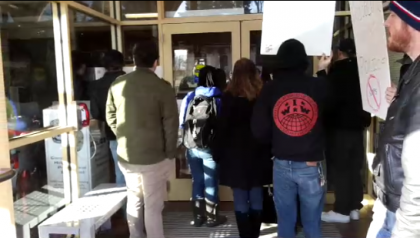 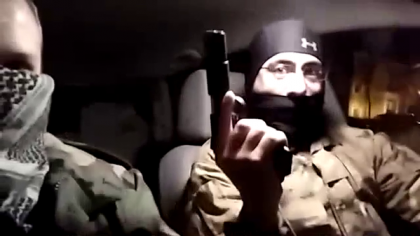