St. Paul, MN – Last year, on March 15, 29-year-old Cordale Handy was killed by police in St. Paul, Minnesota. Since her son’s death, Cordale’s mother, Kim Handy-Jones, has continuously championed an end to police violence and a change in training and tactics during mental crisis calls.

A year later, Kim has played a part in organizing events remembering Cordale’s life on back to back days, ending with a banquet on Saturday, March 16, 2018. Watch the banquet below and see our article about it here:

St. Paul Police officers Mikko Norman and Nathaniel Younce responded to a domestic disturbance call in East St. Paul as Cordale Handy was going through a dramatic mental health crisis in March of 2017. Minutes after responding to the call, officers shot and killed Handy. Handy was at least the 17th person killed by the hands of the St. Paul police force since 2008, making them the deadliest police force in the state of Minnesota.

Cordale’s last hours alive were hectic as he went through episodes of heavy paranoia. While with his friend, he emptied out a full clip of bullets into a futon and wall from a handgun inside of the apartment that he was in. He ran from the apartment with his emptied gun as police arrived. A short while later and a few blocks away, Cordale Handy was killed while laying down on the corner of 7th St. and Sinnen St.

Days after Cordale’s death, his family, Black Lives Matter activists, community members, and family members of loved ones killed by police showed up at a vigil for Cordale. Unicorn Riot covered this vigil and spoke with Kim Handy-Jones.

A week after Cordale’s death, community members in St. Paul disrupted a City Council meeting with several demands, including a “community meeting”. Unicorn Riot was live for the action in the City Council chambers, as well as to gather interviews with families of victims of police killings and others.

The demand for a “community meeting” with public officials was successful. Officials agreed to meet and the community meeting was held on the evening of April 13th, at the High School for Recording Arts (HSRA) in St. Paul. Sitting in the panel discussion at the meeting were city three council members, St. Paul’s Police Chief and St. Paul’s mayor, along with six youth from HSRA.

Over a 150 community members attended the meeting, which featured some tense and emotional moments, Unicorn Riot was live throughout.

In December 2017, Ramsey County Attorney John Choi announced that no charges would be filed against officers Mikko Norman and Nathaniel Younce. Choi said that the investigation concluded that the officers were justified to use deadly force.

Witnesses of Handy’s death point to a situation of a mental health crisis mishandled and say that Cordale dropped his gun outside of the apartment building before running nearly a block away, lying down on the pavement where he would be shot.

Although living through a nightmare of having her son taken from her, Kim Handy-Jones, Cordale’s mother, has used this reality to attempt to empower others and impact change. She has outspokenly called for an end to police violence and pushed for better deescalation and crisis intervention training for police.

Kim has organized a ‘Remembering Cordale Handy Memorial Banquet’ for Saturday, March 16, 2018, in Roseville, Minnesota, a day after a rally in remembrance of Cordale was had on the east-side of St. Paul. Kim will be joined by community members, activists, and other mothers who have lost their children. Unicorn Riot covered the banquet. 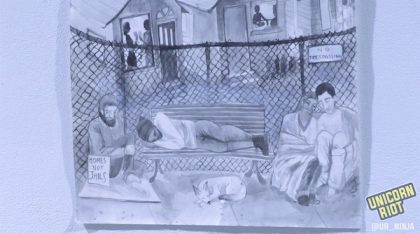 Fourth Push for Homeless Bill of Rights in Colorado Legislature 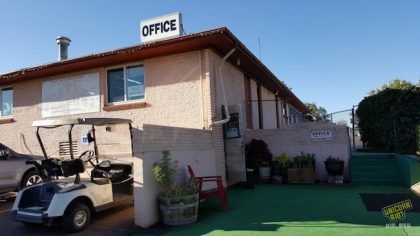