Bloomington, MN – Around 20 law enforcement officers have been pulled from a highly contentious tactical training course called BulletProof that is taking place on May 16 and 17 at the Mall of America in Minnesota. At least three agencies have publicly stated that they’ve canceled their registration from the training and dozens of community members have vowed to show up in protest, starting with a press conference and ending with a rally at the Mall of America during the early evening of May 16, 2018. Watch this press conference and rally below:

The two-day BulletProof training is conducted by Lt. Col. Dave Grossman and Calibre Press owner Jim Glennon, and hosted by the Mall of America Security. Jim Glennon, the owner of Calibre Press, a company that conducts training seminars for police officers, is an ex-police lieutenant from the Chicago suburb of Lombard, Illinois.

In the past two years, trainings from Calibre Press have been deeply scrutinized for its training in what many deem overly aggressive strategies, tactics, and reactions.

Jeronimo Yanez, the killer of Philando Castile, had attended the BulletProof training two years before he unloaded his gun on Philando during a traffic stop with his girlfriend and her daughter in the car.

The pullouts of enforcement officers signed up to the training at the Mall of America started when Ramsey County pulled ten of its deputies after an inquiry by a local corporate news affiliate. That was followed by the Minneapolis Police cancelling sending seven of its employees with a public statement saying the following:

“After careful consideration, the Minneapolis Police Department has decided it will not be sending any officers to this week’s BulletProof training. While we hold the safety of our community members and our officers in the highest regard, our policing model is built on a community of trust. We do not want to attend any training that could, in any way, shake the foundation of trust.” – Mpls. Police Chief, Medaria Arrandondo

It is also reported that the Minnesota State Patrol were the next agency to cancel its employees registration with BulletProof.

The organizers of the May 16 press conference and rally are seeking to bring attention to the “fear-based training that teaches cops how to kill people, feel good about it, and lie to avoid consequences for it.“ 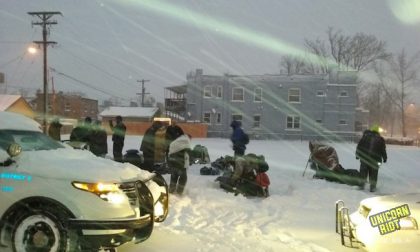 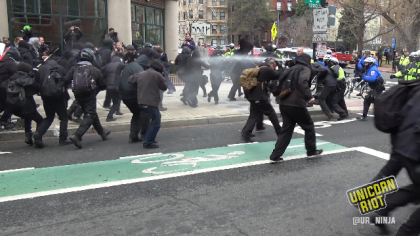