Denver, CO – The class-action lawsuit against Denver, which claims that the city has been repeatedly violating the constitutional rights of residents without housing, was officially ordered to move forward by Judge William Martínez on March 26, 2018, when he denied the motions for summary judgment by both parties.

The judge decided that evidence submitted in discovery was not sufficient enough to decide the case before trial.

On May 2, 2018, a pre-trial conference was held to enter a statement of continuation for the trial, which will likely have its first hearing in January 2019. (The lawsuit was filed almost two years ago on August 25, 2016.)

Terese Howard, community organizer and member of Denver Homeless Out Loud (DHOL), told Unicorn Riot that having the trial start in the winter is going to be hard:

We want it to be sooner, but there’s not too much control we have over that. It has to do with lawyers’ schedules. It sucks and it’s gonna mean another winter of bullshit.”

The “bullshit” Terese is referring to is the Unauthorized Camping Ordinance (PDF), (or as members of DHOL call it, “the survival ban”) which furthers the dispossession and dehumanization of people without housing. The following is an excerpt from the ordinance:

It shall be unlawful for any person to camp upon any private property without the express written consent of the property owner or the owner’s agent, and only in such locations where camping may be conducted in accordance with any other applicable city law.

The “survival ban” is not the only law in place to assist in the criminalization of people without housing; the city also utilizes the “Encumbrance Ordinance“, or DRMC Section 49-246, and trespass laws.

According to the University of Denver Sturm College of Law research paper released on May 7, 2018 entitled “Too High a Price 2: Move on to Where?“:

Denver’s use of move-on orders has skyrocketed at an alarming rate. In 2016 alone, Denver law enforcement made contact with over 5,000 people in move-on encounters. Denver police increased its contact with homeless individuals through the use of street checks by 475% in the span of three years.”

The paper goes on to explain what “move-on orders” and “street checks” are:

A move-on order, also referred to as a police “street check,” is a law enforcement technique used to further enforce certain ordinances, including camping bans. In lieu of issuing a citation or making an arrest, officers are directed to instruct homeless individuals, upon contact, to pack up their belongings and “move on” to somewhere else.

At first glance, these move-on orders may seem like a viable alternative to outright issuing citations. However, with the extreme decline in affordable housing and the lack of emergency shelter space to accommodate Colorado’s growing homeless population, these move-on orders leave homeless people with nowhere to go. Instead, they are merely pushed from one place to the next.”

The lawsuit is attempting to prove that the city has been violating unhoused people’s Fourth Amendment, Eighth Amendment, and Fourteenth Amendment rights.

According to the lawsuit, the plaintiff class claims:

that the intentional taking and destruction of their personal property violated the Fourth Amendment ban on unreasonable searches and seizures. . . that the taking of their property without hearing, reasonable notice or probable cause, constitutes violation of their federal constitutional right to due process pursuant to the Fourteenth Amendment. . . that the outrageous treatment that they have been forced to endure as part of Defendants’ policies, practices and conduct violates the Eighth Amendment ban against cruel and unusual punishment.”

During the pre-trial conference, there were discussions of motions that will most likely be filed. One of the motions that the plaintiff class wants to file is a temporary halt of enforcement of the Unauthorized Camping Ordinance for either the entire city or for a designated area during the trial.

Because the plaintiff class represents people without housing, most of the witnesses are people who live on the streets. This means that many witnesses, who will testify about how they are criminalized on a daily basis, risk being targeted by police during the time of the trial, which could impede their ability to testify. They could also be ‘moved-along’ so many times that they get pushed out of the city and cannot get back to the trial in time.

The city attorneys want to file motions which would exclude Jerry Burton, a member of DHOL and a Marine Corps veteran, along with Terese Howard, as witnesses.

They are also planning to file a motion which could grant them access to all of the e-mail correspondences between Howard and one of the lawyers representing the plaintiff class, Jason Flores-Williams.

Howard did not seem bothered by the motions the city attorneys discussed during the pre-trial conference. Instead she focused on the people who came out to support the plaintiff class:

There was a great turnout; the whole presence and rally was full of good vibes, great food, and we brought lockers for people to store their belongings in during the conference.”

Unicorn Riot will continue to cover the class-action lawsuit and provide updates about other issues affecting Denver’s unhoused population. 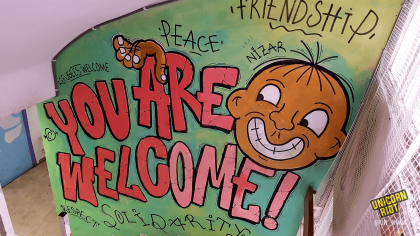 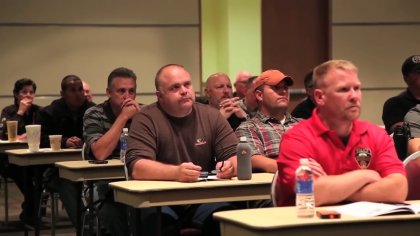