LONDON, UK – Hundreds of thousands of documents from inside Formations House, a posh British finance firm located in central London, have been released online tonight. Formations House created thousands of companies for ultra-wealthy business-people for offshore banking and international transactions. The transparency collective ‘Distributed Denial of Secrets‘ obtained these documents from a source dubbed “Babylon” and is publishing them online. More than 100,000 recorded phone calls between Formations House, its customers, and related figures, are included. Full archives of the phone calls are expected to be released in coming days.

This new data release is named ‘#29Leaks’ after 29 Harley Street, the original location in London of Formations House (it moved to a new address after 2016 – the records in this release were generated out of that original location); it’s a prestigious address about a thirty-minute walk from Parliament.

This is the second large release in recent weeks focused on “offshore” banking from DDoSecrets. On November 19, Unicorn Riot reported a massive leak of an offshore bank based in the Isle of Man which DDoSecrets released in full (these files were attributed to an anarchist hacker using the alias “Phineas Fisher”.)

The Formations House leak is similar to the 2016 Panama Papers release and the 2017 ‘Paradise Papers‘. However, unlike these new leaks, the full data from the Panama Papers and Paradise Papers were never made public in full. In 2016, Unicorn Riot covered how Mossack Fonseca, the law firm at the center of the Panama Papers, had insecure misconfigurations on their client web portal.

Unicorn Riot caught up today with Claire Peters and Annalise Burkhart, the executive director and outreach director of the Pursuance Project respectively, who in recent months headed up organizing an international network of journalists to access and write about these documents. Claire Peters summarized how journalists and technologists have worked together to break this down:

“It takes concerted effort from a large number of people to make substantive headway on an investigation like this, in which a large amount of data needs to be quickly processed and examined. DDoSecrets and the Pursuance Project convened a group of journalists to follow different leads in the source material. Different members of the investigation worked closely with one another to extract individual stories from gigabytes of emails, documents, phone calls, and CSVs (comma-delimited spreadsheets).

Just as important as the journalistic collaboration is the technological effort undertaken to make this story possible. The commendable efforts of technologists like Christopher Guess and Milo Trujillo made it possible for everybody on the project to access the data more easily.

There’s much more work to be done with this data – we’re only at the beginning. Tens of gigabytes of information from this leak have yet to finish processing. There are calls to transcribe, database links to confirm, leads to follow. DDoSecrets and the Pursuance Project hope that the release of this information into the public catches the attention of journalists, researchers, and technologists who want to better understand the nature and pathologies of offshore finance and gives them a chance to conduct their own investigations.” — Claire Peters, Executive Director, Pursuance Project

Annalise Burkhart pointed out that the development of a collaborative network enables smaller journalistic organizations to carry out more sophisticated investigations of this material.

“Formations House was the perfect example of a ‘one-stop shop’ for creating legal entities that serve as fronts for fraudulent operations and money laundering. In only a matter of days, a client could purchase offshore companies bundled into packages touting minimal compliance requirements, tax-free operations, and anonymity for directors and shareholders. The emails provide a window into an international industry where the rich and powerful are able to circumnavigate borders using the citizenship by investment program and exploit loopholes in notorious tax havens like the British Virgin Islands and the Cayman Islands.

Burkhart gave us an example of how tax avoidance packages with Formations House work. Model and businesswoman Stefanie Ost contacted Formations House in 2016, stating that she was seeking to move her company offshore to avoid paying taxes. She was a German national, living in Dubai at the time and considering a move to London. Formations House employee Steve Smith informed her it was not possible to move a company offshore, but he could arrange for her a new company with the same name. Smith said he would open the company on behalf of Ost in a jurisdiction like Seychelles, the British Virgin Islands, Belize, Hong Kong, Gambia, or Delaware in the USA. Ost could then purchase the “Registered Address and Offshore Compliance Pack” to hide the address of company books.

According to Burkhart, Smith offered the “BVI Offshore Company Setup” package with the following benefits: no taxes, minimal compliance requirements, and confidentiality for corporate directors, officers, and shareholders. At just 1590 British pounds, it would only take 15-20 working days for the company to be incorporated. In another four weeks, an offshore bank account would be ready to receive funds.

Who is investigating #29Leaks and Formations House?

Formations House has been the subject of international scrutiny for years, and the #29Leaks documents have been under investigation for some time. It is expected that news stories in Central America, Africa and Europe will examine information drawn from this set of leaks. The use of Formations House-managed companies to move money around between offshore and private banking centers like Luxembourg and other parts of the world is among the main themes of this dataset. Other documents expected to be covered in detail show how the African nation of The Gambia is commonly used to create banks and insurance companies on paper for wealthy people in other continents, which Formations House and related parties package and facilitate.

The following media organizations have had access to #29 Leaks and may be publishing reports in the coming days:

Journalist Barrett Brown introduced the existence of the #29Leaks dataset on July 24, 2019. According to Brown, the dataset covers 15 years (since the Formations House was founded in 2001) and covers 15 years of client relations.

Brown wrote, although many of the Formation House customers are not running fraudulent conspiracies,

“It’s gradually become clear that a key segment of its clientele has used Formations for a range of considerably more illicit purposes, often involving ‘shelf’ companies – pre-made corporations built on a template, including a ready-made board of directors and other forms of what amounts to a sort of institutional camouflage by which to skirt revenue collectors and regulators.” –Barrett Brown

In April 2016, Oliver Bullough in the Guardian investigated “Offshore in central London: the curious case of 29 Harley Street” which at the time hosted 2,159 companies. Google maps now has Formations house public address listed as 22 Harley Pl, which is only a short walk away from the older address.

“Shelf companies are ready-made and available for purchase. Their advantage to the purchaser is that they give a reassuring impression of longevity to what is essentially a brand-new operation, since they have documents extending back years.” [Formations House has created more than 450,000 companies in] “Britain, but also in Gambia, Hong Kong, the Seychelles, the British Virgin Islands, Ireland, the US state of Delaware, Panama, Gibraltar, Jersey, the Isle of Man, Belize and Mauritius. […] Media outlets in Britain, the US, Norway, Italy, Ukraine and Romania have all made allegations of fraud against certain companies registered at 29 Harley Street. […] Formations House has abided by the letter of British law, but successfully created structures that are all but impossible to penetrate for anyone trying to discover who really owns them.” – Oliver Bullough

In May 2016 National Public Radio examined the role of Formations House.

In June 2018, John Gapper at the Financial Times examined “The ship tycoon, the con men and a €100m scam“. The law firm Mishcon de Raya developed the UK’s largest private prosecution for defrauded shipping corporation Allseas and tycoon Edward Heerema in a fraud scheme carried out partly via entities created by Formations House.

What’s released in the #29Leaks dataset?

Distributed Denial of Secrets (DDoSecrets) is a nonprofit organization that publishes large datasets including material from hacks, Freedom of Information Act (FOIA) requests, and other sources. In a new role, Lorax B. Horne is now the editor-in-chief of DDoSecrets and Emma Best is now publisher and manager of submissions.

The overall dataset is divided into two parts and there may be some duplicated files therein. Its main web location is data.ddosecrets.com/file/29Leaks, listed among other corporate leaks on DDoSecrets website.

Today’s preliminary estimate of the main parts of this leak includes:

The entire #29Leaks tranche including emails is expected to be available to the public by several means. DDoSecrets generally prepares torrents for decentralized distribution, and loads the files into a custom search engine called Hunter. Hunter facilitates data journalism around large publications (including leaks like this and FOIA releases) by making different types of data like emails, PDFs, spreadsheets and databases searchable and sortable.

Unicorn Riot and others are looking into this information further; this post may be updated as warranted. Among many, many emails, we received an interesting example:

“I have a new client, a multinational holding company group which apparently has trucking & shipping interests in a variety of countries worldwide. They want a geographic spread of names to handle all their business in-house. They don’t want it to appear as if they are all the same bank. In total they need about 8 – 10 banks with European, Latin American & Asian-sounding names.“ 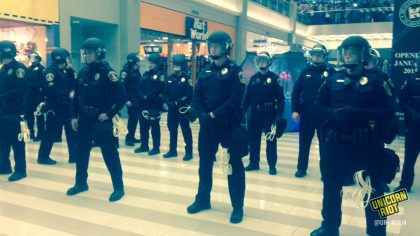 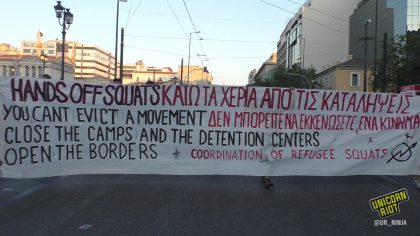