BOSTON, MA – Thousands of families in eastern Massachusetts face renewed risk of eviction. Governor Charlie Baker opted on October 17 to cease emergency measures to protect shelter that have been in effect throughout most of 2020, triggering a huge surge in “notices to quit” from landlords. A rally downtown outside the Eastern Housing Court near Haymarket on a rainy Thursday morning called for an alternative program at the state legislature, among other policies that have been proposed including a rent freeze.

Unicorn Riot covered the rally and blockade of the Boston Housing Court:

The Housing Stability Act (H.4878) “would cancel/ban evictions and foreclosures related to COVID-related income loss, and provide significant protections to tenants and small homeowners through 12 months after the COVID State of Emergency ends.” House Bill 4878 was updated on October 1 to H.5018, sponsored by the Joint Committee on Housing.

The Metropolitan Area Planning Council reports “approximately 160,000 renter households currently owe back rent, and 60,000 of those fear imminent eviction” while nearly 10% of the Massachusetts workforce is collecting unemployment payments.

City Life / Vida Urbana, which is hosting the rally, released research in July completed with help from MIT to show evictions in Boston disproportionately hit communities of color.

A state program offering some amount of aid for residents has been put forth, alongside recruiting 15 retired judges to process more evictions. However the state program will not be ready to disperse funds for several weeks. 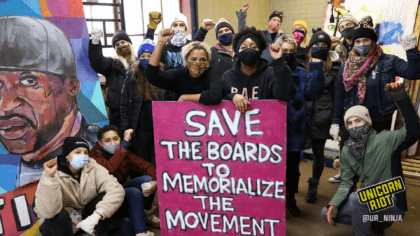 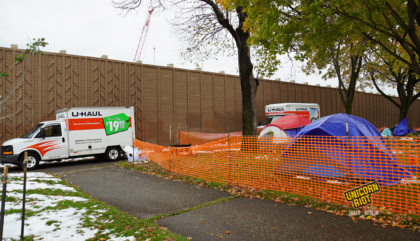