Durban, South Africa – As polar ice caps melt and forests burn there is much uncertainty about what the future holds for the human race. One organization’s response has been to launch a unique experiment unlike any other. In 2012 a man named Xolani Hlongwa founded the Intelligent Design (I.D) Green Camp Gallery Project, a non-profit organization (NPO) dedicated to creating and maintaining renewable and ecologically sustainable urban spaces.

Due to its population density, ethnic diversity and urban decay, the Glenwood neighborhood is an ideal location for such an experiment. Nestled between downtown Durban and two major universities, Glenwood hosts a variety of people: uneducated laborers, middle/upper class whites, small business owners, students, petty criminals, and everyone in between.

Glenwood is a microcosm of the diversity, growth and simultaneous decay of South Africa, therefore if such an experiment could thrive there, it could thrive anywhere in the country. At least that’s the theory and hope behind Xolani’s vision.

“Green Camp exists to address issues we deal with relating to inequality, identity and geography. Green Camp is building and creating routes and platforms for us to deal with our physical, mental and spiritual well-being.” — Xolani Hlongwa

If you visit the Green Camp today you will find a artistically rich display of some of the most unique visual art South Africa has to offer. You will also find a diversity of animal and plant life: chickens, dogs, humans, and tomato plants all living among the contrast of a slowly decaying urban environment. Much like South Africa itself, you get the sense that the space has been through many changes.

Today, Green Camp is a growing and stable organization involved with various local events and independent business ventures. Although the project and its future look promising, the path it took to get here was not simple nor easy.

We spoke with the couple who runs I.D Green Camp, Xolani and his fiancée Åsa Nilsson. Watch their interviews below:

The property, located at 246 Umbilo Road, has a long and storied history spanning back at least 100 years. According to local accounts the building was originally owned by an Indian family. That family was forced to move after the apartheid government passed racist legislation to kick Indians out of the area, and ownership was passed on to a white family.

The new owners rented the space out for years until the roof began to fall apart due to years of neglect and water damage. By that time the owner was too sick and elderly to manage the property on their own and didn’t have the money fix it. As a result the tenants were forced to vacate the property and the space was left to decay. 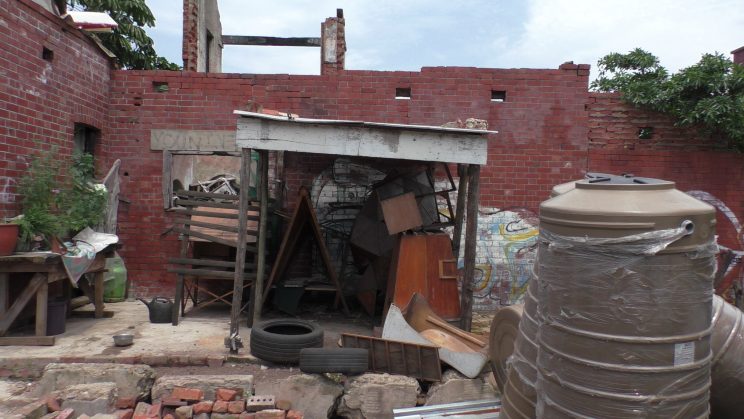 Fast-forward to 2012, and 246 Umbilo had become just another run-down, abandoned space home to rodents and drug addicted.

Xolani was freshly returned from his life in Sweden working as a chef and professional DJ, and was looking for a place to begin his new vision. Xolani came upon the half-torn-down building and decided to get in touch with the owners of the property. In 2013, with the help of his brother, he drafted a 10-year rental agreement which the owners agreed to.

Slowly but surely, things began to change and the space was soon decorated with graffiti and other artwork. Trash and rubble were removed to make way for gardens and living spaces.

Small events focused on education and entertainment started happening on a weekly basis. Everything from teach-ins on ecology, to documentary film screenings and live music performances, began to flourish within the space. The Green Camp gradually attracted locals, consisting mostly of young students but also a variety of artists and activists.

Former Green Camp volunteer, trustee and NPO board member Pralini Naidoo remembers how she became involved. She had passed the Green Camp every day en route to her job, and noticed that the formerly-abandoned space had transformed into an apparent community hub:

“One day I saw all this activity outside so I decided to go in and ask questions. There were lots of children, people were cooking and that’s how I met Xolani. I could see [Xolani’s] vision and was really inspired by it. After i left my permanent job i became more involved with the green camp helping to clear out the rubble. This time of transition was very important for me.“— Pralini Naidoo

When Green Camp started having difficulties paying rent, the landlords threatened eviction. In response, Pralini was one of the people who helped organize a fundraiser. The fundraiser successfully raised enough money to pay the rent, which Pralini said they paid to the landlords in cash because “We wanted them to know that this money is coming from the community and not just a single donor.”

In order to help with the group’s funding needs in 2016, I.D Green Camp Gallery Project registered as an official NPO and private trust administered by a board of directors and trustees. As a non-profit, much of Green Camp’s funds are generated from fundraisers, online crowdfunding, and donations.

Green Camp continued to grow. A couple of Zimbabwean artists moved in to assist Xolani at the space. People from around the world began coming to the camp for skill-share events in order to learn more about urban ecology and permaculture.

In South Africa, Monsanto (now merged into German multinational Bayer’s CropScience division) is attempting to monopolize the agricultural sector by buying up local farms and forcing farmers to only use patented genetically modified (GMO) seeds. Delwyn teaches seed banking as a crucial tool local people can use to preserve their organic seeds and take back control of their food system. Though no longer active in the Green Camp organization, Delwyn continues to work as a grassroots environmental organizer.

Perhaps the most important person involved in Green Camp today is Xolani’s fiancée, Åsa Nilsson. After earning her bachelor’s degree in social science, Åsa decided to come to South Africa from Sweden for a 1-year internship. While completing her internship she became disillusioned with the organization she was working for. That’s when she discovered Xolani and the Green Camp, who she says “filled me in on what’s really going on in this country.”

Xolani is South African but also a Swedish citizen, and could relate to Åsa in ways very few could. The two fell in love and Åsa decided to stay in South Africa and help Xolani run the camp. She has been a steady anchor for the Green Camp, helping to run its businesses, handling the administration, hosting events and everything in-between.

By 2017, the Green Camp had become a stable and vibrant space which commanded respect and admiration in the local community as well as around the world. However, not everyone was as sympathetic or supportive of Green Camp’s mission. That same year the rental agreement was scheduled for a mid-term re-negotiation.

Reflecting on the lease re-negotiation, Åsa said their initial meeting with their landlords “didn’t really result in anything.” Unicorn Riot attempted to contact the owners of 246 Umbilo but they could not be reached for comment.

Afterwards, according to Åsa,

Åsa told us this massive increase in rent was not included in the original agreement, and so they refused to pay the increased rate while continuing to pay their original agreed-upon rate of R1500. That’s when the landlords decided to issue an eviction notice.

With the help of these lawyers, Green Camp has disputed the legality of their eviction order based on the Prevention of Illegal Eviction form and Unlawful Occupation of Land Act (PIE). Åsa says that the landlords have gone through four different lawyers in the past three years because of their inability to file the correct paperwork as specified by the PIE act.

Though the eviction process has failed so far, the landlords have continued their legal pressure, opening two additional cases against Green Camp: one for alleged illegal electricity and water connections, and another for “property destruction.” Green Camp was able to win the first case but has lost the second one.

Åsa described some of the details behind the second lawsuit:

“There was a half-torn-down wall that was becoming a safety hazard to outside traffic. So we decided to tear it down, but then then the landlords noticed this and decided to call the police on the grounds of ‘property destruction.’

Rather than fight the case, our lawyer persuaded us to settle, since it would have cost too much in lawyer fees to fight the case. So we did, and paid the the landlords R7000 out of our deposit.” — Åsa Nilsson

The eviction case is still pending, but at this point the case seems stalled. The current lease agreement expires in 2023. 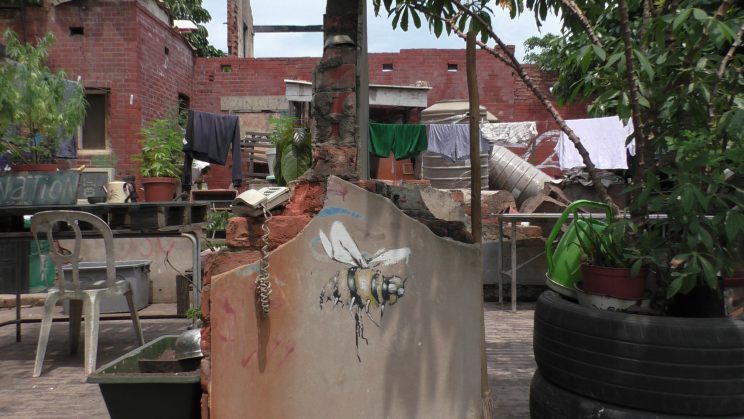 Proceeding into 2020, the Green Camp remains a rare example of what an effective urban land reclamation and renewal project can look like. Though the Green Camp is not as vibrant as it once was, Xolani and Åsa continue to be optimistic about the future, saying their long-term goal “is to set up and maintain secure infrastructure that we can use to provide for our basic needs.”

“The first being health centers for us to spend time and deal with our internal and external health. We must also have education centers to provide our young and old with knowledge. Last we must have financial centers to provide us with but also teach us how and where to invest our finances.” — Xolani Hlongwa

Green Camp’s shorter-term plans appear to extend well beyond their current location and urban spaces in general, as Åsa explains:

“We have purchased a rural property and have started the Green Camp Ecovillage Project parallel to our urban space here in Durban. Its important for people to have a connection to nature in these small enclosed urban spaces but we don’t have to stress too much because nature is just half an hour from here.” — Åsa Nilsson

For the project-doers, the constant process of destroying and rebuilding his been a long, hard yet fruitful journey that continues to show promise. As I.D Green Camp Gallery expands into new terrain, the mistakes and lessons learned in its seven-year existence will continue to serve them well into the future.

Regardless of what may happen to the space at 246 Umbilo it’s very possible that we could see more places like Green Camp Gallery all around the globe.

For more information on Green Camp you can visit their website. 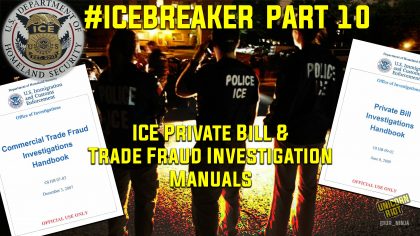 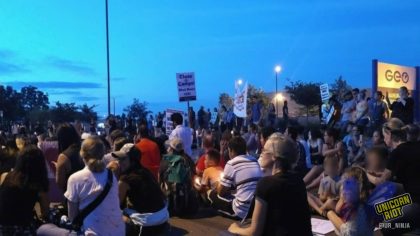