Aurora, CO – Two days into the New Year, Jeanette Vizguerra received a distraught phone call from Dennis Hernández who is a detainee inside the GEO Group’s ICE detention facility in Aurora. Hernández told Vizguerra that he among other detainees had received rotten food two days in a row. Although Vizguerra herself is in a somewhat confined situation, claiming sanctuary from deportation for the last nine months, she immediately contacted the immigrant rights groups she is a part of and a rally was organized for January 6, outside of the detention facility.

Unicorn Riot covered the rally, which you can watch below.

Hernández and his fellow detainees filed a complaint with Officer Becerra and asked when they were going to receive healthy food. He said he did not know.

Mistreatment and neglect at the for-profit Aurora facility is not new. According to an ACLU report Cashing in on Cruelty: Stories of Death, Abuse and Neglect at the GEO Immigration Detention Facility in Aurora (PDF), two recorded deaths at the facility led directly from lack of adequate medical care — Evalin-Ali Mandza and Kaymar Samimi.

The ACLU report (PDF) also highlights the many outbreaks of mumps and chicken pox over the past year:

“The outbreak [of mumps and chicken pox] led to a lengthy quarantine at the facility, which prevented hundreds of detainees from leaving their pods for court hearings, recreation time, or visits with family or attorneys. At least 50 detainees launched a hunger strike to protest the lock-down.”

On top of the medical neglect and food concerns, there has been an ongoing class action lawsuit against the Aurora detention facility alleging it has been forcing its detainees to help maintain and upkeep it for no more than $1 per day. The Department of Homeland Security (DHS) allotted ICE nearly 9 billion times that day rate in their budget for the 2019 fiscal year (PDF).

The suit was brought by nine former detainees on behalf of more than 60,000 people. Alejandro Menocal, one of the nine, said “Us detainees, we kept Geo running” at a 2014 press conference when the lawsuit was filed. 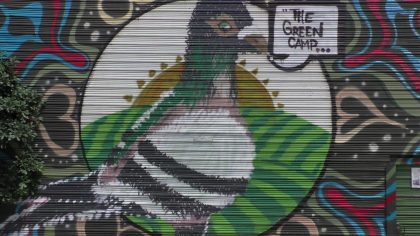 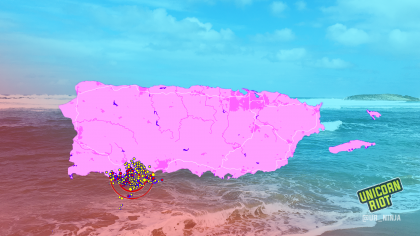