Charlottesville, VA – At least two of the attorneys in the defense team for ‘Sines v. Kessler’, the lawsuit filed over deadly neo-nazi violence at the August 2017 Unite the Right rally, have controversial views including antisemitism and Holocaust denial.

Joshua Smith, one of the attorneys, is representing Matthew Heimbach, Matthew Parrott, and the Traditionalist Worker Party, a neo-nazi group that helped put on Unite the Right in 2017. Calling in remotely to cross-examine a witness on November 11, Smith went on a meandering digression about so-called ‘ethnostates’. He claimed that expert witness and sociologist, Dr. Peter Simi, was ‘anti-white’ because he wouldn’t address Smith’s view that China and Singapore are ‘ethnostates’, and falsely said that white people are responsible for most advances in civilization and technology.

When trying to confuse jurors about sociological concepts like in-groups and out-groups, Smith asked Simi if Hillary Clinton was white supremacist, and soon after he told Judge Norman Moon that cross-examinations can be “conversations” with witnesses, before sheepishly admitting his scattered tangents were “trying to keep it lively for everybody.”

As his statements on November 11 showed, Smith is a committed white supremacist. He’s not just working to acquit his clients, he’s using the trial to espouse his own long-held white supremacist views. Back on October 22 in a pretrial hearing, Smith threatened to raise objections about introducing evidence regarding the “supposed Holocaust,” in his terms.

In a 2018 investigation, journalist Luke O’Brien reported that Smith posted comments on social media platform Gab saying, “Get fucked, f*gg*t” and “Who on Earth could ever take these filthy k***s seriously??”

O’Brien learned that Smith’s given name was Daniel Joshua Nusbaum, and he was raised in a Jewish family in Pittsburgh, working as an attorney at Sullivan & Cromwell after graduating from Cornell Law School in 2003. He later changed his name and repudiated his Jewish heritage, and around 2014 he reoriented towards online right-wing trolling with the persona “Ebolamerican.” He then linked up with holocaust denier Chuck Johnson in 2016, and reached out to Paul Nehlen in 2017. Smith dived “fully into his role as an extremist, the gay homophobe, the Jewish anti-Semite, a tangle of psychodynamic contradictions, a welter of hate. An alt-righter,” according to O’Brien.

Another attorney in the Charlottesville lawsuit trial, Cincinnati-based, James E. Kolenich, is an antisemitic far-right Catholic. Kolenich told the Cincinnati Enquirer in 2018 that his motives in this case were simple: “My willingness to get involved is to oppose Jewish influence in society.” He questioned the accuracy of long-accepted scholarship about the death toll of the Holocaust: “You can’t call the Jew Holocaust into question, right? […] Christians really shouldn’t fall for that. The Holocaust is the execution, the crucifixion of Christ. The most important event in human history is His Resurrection, not, this Jewish Holocaust even if it did happen.”

Kolenich is part of a Catholic splinter tendency that rejects 20th century reforms barring antisemitic theology, telling the Cincannati Enquirer, “The last such council [to modify the Catholic faith] was Vatican II or as we call it, Vatican Jew.” He believes all popes since Vatican II are illegitimate “anti-popes.”

The American Bar Association Journal reported on the ethics implications of Kolenich’s racist beliefs in 2018. PracticeSource.com dubbed him “America’s most repulsive lawyer.” In the earlier pre-trial phase of Sines v. Kessler, Kolenich represented more of the defendants, but got released from that role after several failed to pay him.

Smith has been a prolific Gab user, a far-right Twitter-like website which is home to many bigoted users. Gab is a site popular with white supremacists, in part due to its lax moderation policy around racism.

As previously reported by Unicorn Riot, in 2018, Gab was investigated by the Pennsylvania Attorney General’s Office due to its role hosting posts for Robert Bowers, who massacred 11 people at the Tree of Life Synagogue in Pittsburgh, Pennsylvania. That year Unicorn Riot also reported a “Gabber Hangout” Discord server, which hosted chatters registered on both Gab and Discord, espousing violent white supremacist rhetoric between December 2017 to July 2017. 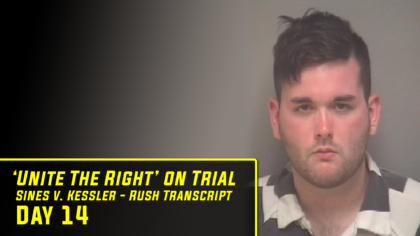 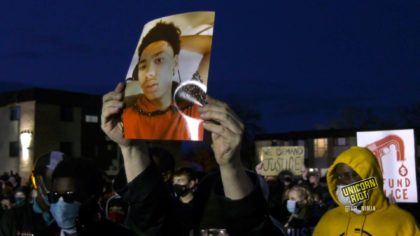