Minneapolis, MN – Judge Regina Chu altered her previous ruling and has granted audio and video broadcasting of the Kim Potter trial, citing the surge in COVID-19 cases. The November 9 ruling (view below) came three days after a protest outside of the residence of Judge Chu calling on her to allow cameras in the courtroom.

Potter’s trial is scheduled to take place in Courtroom 1856 of the Hennepin County Government Center in downtown Minneapolis starting on November 30. Potter is defended by criminal attorneys Earl Gray and Paul Engh, and the office of Minnesota Attorney General Keith Ellison is acting as lead prosecutors. Judge Regina Chu is presiding over the case and a jury of selected Hennepin County residents will decide whether Potter is guilty or not.

In the new order granting audio and video (A/V) coverage of the trial, Judge Chu noted that “ongoing pandemic concerns” are the sole basis in overturning the previous ruling against A/V. Minnesota is currently going through the highest spike in positive COVID-19 cases since last winter.

Additionally, the judge noted that the “public and media interest in the case appears to be more substantial than originally thought.” In the previous ruling against A/V, Judge Chu noted that despite the large protests that occurred after Wright was killed and although he was killed during the high-profile trial of Derek Chauvin, the court case didn’t generate enough “interest” to merit the State’s motion for allowing A/V.

Addressing the protest that occurred outside her residence on November 6, Judge Chu noted in the new ruling that the court made the decision to allow A/V before the protest happened. She further stated that an independent judiciary needs to make decisions free of “protests or attempts at intimidation.”

“Judges sometimes properly change their minds because of changed circumstances—the Court has here. The Court’s decision most emphatically is not a reflexive response to the recent protests at the presiding judge’s home.”

The initial and new court orders reference the trial of Derek Chauvin continuously. In Judge Chu’s new ruling, she says the “Chauvin trial should allay any trepidations about cameras in the courtroom.”

Judge Chu gave nine orders on the specifications of the recordings modeling them after the Chauvin trial. Three video cameras will be installed and operated by a single media organization selected by the court to provide a single transmission from the court to overflow rooms and media outlets.

View the order granting A/V coverage of the State of MN vs. Kimberly Potter trial below.


View the protest outside Judge Chu’s residence two days before the ruling was filed: 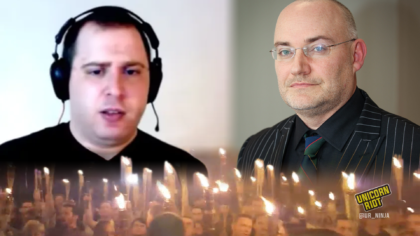 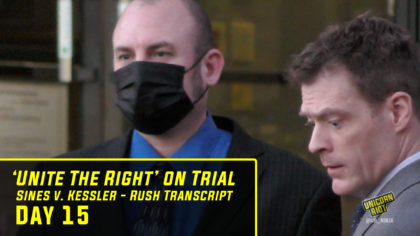