Israeli forces killed Palestinian-American journalist Shireen Abu Akleh, 51, and shot journalist Ali al-Samoudi, as they covered an Israeli raid in Jenin on May 11, 2022. A few days later, fellow journalist Shatha Hanaisheh, who was standing next to Abu Akleh when she was killed, detailed the fateful moments in a sit down interview with Unicorn Riot.

Palestinian-born journalist Shatha Hanaisheh said that being an eyewitness to the killing of Al-Jazeera reporter Shireen Abu Akleh was “the hardest thing” she’s had to live through. Abu Akleh was a veteran reporter and beloved by Palestinians across the region as well as by her colleagues.

“I was standing behind the tree, the shooting started and then Shireen fell.”

Hanaisheh described her experiences as she was with a crew of press members on assignment covering an ongoing Israeli raid in the occupied West Bank city of Jenin. She laid the blame for Abu Akleh’s death directly on Israeli snipers.

“The Israeli occupation says that the source of the bullets is from Palestinian fighters. This saying is completely incorrect.”

Hanaisheh said everyone in her crew was wearing protective gear, including bullet proof helmets and vests bearing the word “PRESS.” She said they deliberately shot Abu Akleh, shooting her in the head below her helmet and above her vest.

She said that Israel claiming the source of the bullets were not from Israeli forces but rather Palestinian fighters was “completely incorrect.” She said that Israeli forces “took advantage” of their arrival, waited for them to “reach an area from which it was very difficult to return” and started shooting at them without firing any warning shots.

Her colleague, Ali al-Samoudi, was shot in the shoulder and seconds later, Shireen was shot in the head. Hanaisheh said that she thought Abu Akleh had fainted and tried to get her to awaken. While hiding next to a wall and behind a tree, every time she reached out to try to get to Shireen, more shots were fired at her from Israeli forces.

Eventually a young man came to help by jumping over the wall and moving Hanaisheh to safety before dragging Abu Akleh’s lifeless body away from gunfire and into a vehicle to bring to the hospital.

After Abu Akleh was killed, Israeli forces raided her family’s house and confiscated Palestinian flags demanding the family to stop playing “nationalist music.” Her body was carried through the streets of Jenin and a large billboard in the city featured a picture of her.

After a motorcade brought her to Ramallah, another funeral procession took to the streets the same day she was killed. Abu Akleh was honored with a presidential funeral. Mohammed Al-Lahham, the head of the Palestinian Journalists Syndicate, said that Abu Akleh was deliberately killed to intimidate journalists from covering Israeli abuses but that they “will not be scared.”

“The decision [to kill Shireen Abu Akleh] was made to create a state of terror and intimidation for Palestinian journalists. We will not be scared. We will continue to cover.”

Mohammed Al-Lahham, the head of the Palestinian Journalists Syndicate

The next day, as mourners attempted to bring her body from the French Hospital in Jerusalem, they were attacked by Israeli police who beat them with batons, kicked them and used tear gas.

“When I reached the place, I put on the helmet and bullet proof vest in the vehicle of my colleague Mujahid, because we cover the events and go out together.

Shireen came to us and we told her we are ready. After that we moved forward, and the Israeli army vehicles were in front of us.

As for me, I saw the Israeli army vehicles. I asked Mujahid if he saw them and I told him where they are.

He told me that they are in front of you. The Israeli army was in front of us, and what I saw were two vehicles that closed the street and there was another vehicle behind them.

I feel that the Israeli army took advantage of our arrival at this point. They did not shoot a warning shot, and we were in front of them on the main street.

The Israeli army waited for us to reach an area from which it was very difficult to return.

There were gunshots and after that our colleague Ali was injured and Shireen started screaming and said, “Ali got injured!” I went to help Ali and Ali withdrew from the place.

I was then standing behind the tree when the shooting started again and then Shireen fell.

When Shireen fell to the ground, I didn’t understand that she was hit. And I tell you that Shireen and I were not expecting to be shot at this time.

When Shireen fell, I at first felt that she fainted. This is what crossed my mind. And when I started trying to look at her, Shireen didn’t move. At the time, I did not understand what had happened.

Every time I tried to touch her, they [Israeli forces] would shoot more and I pulled back.

There was someone who was also trying to help and I told him to go back. He jumped off the wall and came down to us. At first, the person and I tried to drag Shireen and they started shooting at us again.

He felt that the space we were in was only big enough for one person to take shelter in. So, he helped me get away from the area and after this he came back and pulled Shireen.

The Israeli occupation says that the source of the bullets is from Palestinian fighters. This saying is completely incorrect.

And the main street is a very low area, it is impossible for any resistance to shoot from this place if he shoots, the Israeli soldiers will see him.

I’m, at first, a journalist and a professional if I saw the sight of gunmen shooting, why am I looking for a scene if there is a scene in front of me that I can shoot – I would take this photo.

And secondly, if we saw armed men, why am I standing in the middle?

We are used to protecting ourselves. After all, no one thinks of being safe while taking a picture more than us.” 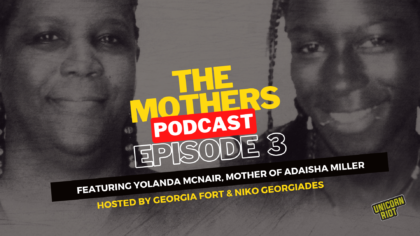 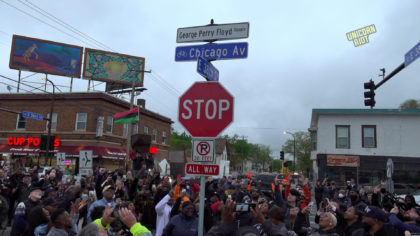