Over 100 unionized Starbucks locations launched a one-day strike Thursday to demand that the company engage in good faith union negotiations and address understaffing at locations across the country.

In Salt Lake City, UT employees at the 400 South store joined the 111 unionized Starbucks locations that participated in the strike, dubbed the “Red Cup Rebellion” by striking workers. Employees on the picket line at the Salt Lake location told Unicorn Riot that they launched the strike not only in solidarity with other locations, but in response to first-hand experience with unfair working conditions and anti-union activity.

Across the country, union members and supporters participated in the strike, making it the largest organized effort undertaken by the union since its formation in 2021. Chronic understaffing, unfair workloads and hostile negotiation tactics were among the key complaints of striking workers at the Salt Lake location.

The strike came one day after the National Labor Relations Board (NLRB) filed for injunctive relief against Starbucks in federal court, demanding that the multi-billion dollar company stop firing employees in retaliation for union organizing.

While the NLRB intervention marks a significant moment in the struggle to unionize Starbucks employees, those on strike told Unicorn Riot that it is not enough.

“We’re going through the proper channels, doing everything the way it should be, and we’re still being met with illegal activities because they think they can get away with it,” Kit Grob, a shift supervisor and union organizer at the 4th and 4th Starbucks in Salt Lake City, said.

“The NLRB is trying to show them that they can’t get away with it, but that process is entirely too slow, which is why we have to do things like strike,” Grob said.

The company has said it has taken “aggressive” measures to engage in union negotiations, but employees at locations across the country have described hostile meetings and repeated delays to scheduled negotiations.

“I was at those meetings myself, and Starbucks lawyers walked out after 40 seconds,” Grob said, detailing her experience as a union organizer engaged in talks with Starbucks.

Workers across the country began the strike at 5:30 am to coincide with the morning rush. Management at the 400 South location in Salt Lake City arrived in the morning, saw the strike, and left without opening the store, workers told Unicorn Riot. The unstaffed store remained closed throughout the day.

Unicorn Riot's Coverage of worker's organizing in Starbucks across the U.S.: 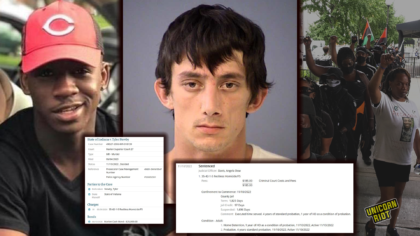 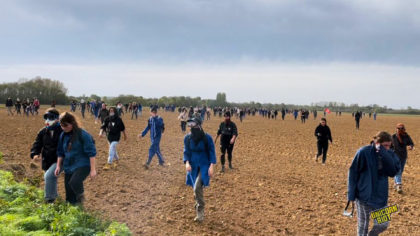 Sabotage and Civil Disobedience in France: The Fight Against Mega-Basins and Water Grabbing