Colton Michael Brown, 23, and Spencer Thomas Simpson, 20, both face charges of Aiding & Abetting or ‘Complicity With’ Graffiti. Brown, who uses the alias ‘ND – John WA‘ within Patriot Front, is the fascist group’s Network Director for Pacific Northwest (‘Network 8’) states including Washington and Oregon. Simpson goes by ‘David WA‘ in leaked Patriot Front chat logs. Both men were also arrested last month on Conspiracy/Riot charges along with 29 other members of Patriot Front who were en route to confront a Pride event in Coeur d’Alene, Idaho.

Leaked Patriot Front video files and voice meetings released in January by Unicorn Riot strongly implicate the two young men covering over the mural on a city-owned building which read “Respect & Love Olympia” on October 16, 2021. (At least six other members not currently charged were also involved.)

Simpson is free without bail on the condition he avoid all contact with Colton Brown except via his attorney. Brown, Patriot Front’s Network 8 Director, did not show up for court in person or via Zoom and had a bench warrant issued for his arrest. He will have to post a bond of $1,000 to be freed once arrested on the bench warrant.

Simpson and Brown’s no-contact order and Brown’s new warrant, issued while both men still face Conspiracy/Riot charges in Idaho, point to a future of legal troubles for the neo-nazi group now implicated in dozens of hate-motivated crimes around the USA. According to Seattle-area news station KING5, local prosecutors may add hate crime charges to Brown and Simpson’s cases at a later date.

Anna Schlecht of the group “Unity in the Community” helped put up the pride mural in 2014 after anti-gay hate crimes in the area. Schlect told KING 5 reporters that the neo-nazis who defaced the mural “are just low down dirt dogs” who should have to pay restitution.

In a Supplemental Report filed along with charging documents in the case, Olympia Police investigator Jacob Theis wrote that “it is evident that the vandalism was an act of discrimination and an offense against the LGBTQ+ community in Olympia.”

Theis tentatively identified most of the Patriot Front members involved in destroying the pride mural – Colton Brown, Spencer Simpson, Jacob Sundt, Richard Flannery, Justin O’Leary and Lawrence Norman – but noted that most of their identities are obscured by masks in the leaked photos and videos.

Theis also noted that on February 17, 2022 he “met with FBI Agents Sam Wharton and Irving Smith to speak with them about this case” and the two agents “confirmed that the FBI was investigating Colton Brown, Lawrence Norman, Richard Flannery and Jacob Sundt as members of the Patriot Front group.”

While only Colton Brown and Spencer Simpson are currently charged, Theis wrote that “there is probable cause to arrest Richard Flannery, Justin O’Leary and Lawrence Norman for OMC Graffiti.”

Theis was “not able to positively identify either Simpson or Brown in the video of the actual vandalism” of the mural, but affirmed that the two are still firmly implicated because both appear maskless in leaked video of a graffiti ‘practice run’ taken shortly before the covering-over of the “Respect & Love Olympia” painting. The report notes that Colton Brown “clearly acts in a leadership position” when seen unmasked in the video. Case documents also show that Olympia police also used mugshots of Patriot Front members arrested in Idaho in June to help confirm identifications of suspects.

Leaked chat logs and audio recordings document how between September and December 2021, Colton Brown referred to either carrying out or planning at least 25 acts of hate-motivated vandalism in states including Washington, Oregon and Utah.

Spencer Simpson (aka ‘David WA’) previously remarked in a leaked voice meeting that the point of Patriot Front’s hate-driven vandalism campaigns was to “show people that you can do something like this, and you can get away with it.“ In the same tirade, Simpson compared Jews to “Lucifer.”

“You show people that you can do something like this, and you can get away with it, it encourages other people to do something.”

Brown and Simpson both had court dates for arraignments in their new Olympia criminal cases on Wednesday, July 13. Simpson showed up for court to remotely attend the quick open-and-shut arraignment hearing; Brown did not, and now faces a warrant for his arrest after he failed to appear.

On October 8, 2021 Colton Brown and Jacob Sundt held a voice meeting with Patriot Front’s leader Thomas Rousseau to plan the vandalism of the Olympia mural. Brown and Sundt informed Rousseau of their scouting of the mural site and of their ideas for how to best get away with wrecking the mural under cover of night.

Brown told Rousseau he would use bolt cutters to cut through a gate guarding the mural, place a false 911 call to Olympia police to ensure officers were distracted while he carried out the plan and escape in a car with license plates removed. Rousseau specifically instructed Brown and Sundt to paint over the word ‘love’ while defacing the mural.

“Obviously the objective is to mess up as much of it as possible…so that if they are going to repair it they’re essentially going to have to start from scratch.”

Brown’s desire to destroy the pro-tolerance artwork was motivated by anti-gay bias. This is proven by remarks he made in leaked voice meetings, such as his comment to Rousseau that the mural needed a fence “to protect it because people don’t like f*gg*try.” Brown also mused about which of Patriot Front’s Rousseau-approved official stencil designs would be the best to spraypaint over the mural in order to send an intimidating message to LGBTQ+ communities.

Jacob Sundt, aka ‘Clarke WA’ in Patriot Front’s leaked chat, took a key role in scouting the mural site of time as he is based in the Olympia area. Sundt has not currently been charged for his role in the incident. His father, Joshua Sundt, is a Judge at the Washington State Office of Administrative Hearings.

Brown also discusses confiscating members’ phones before hitting the mural in order to prevent cell phone location data tying individuals to the scene of the mural. According to the leaked October 10 planning meeting, the Patriot Front members crashed at the home of Matthew Allen Clement (‘Jack WA‘) before traveling to Olympia to deface the pride mural.

On October 16, the group of 9 Patriot Front members from Washington, Oregon and Idaho carried out their plan to destroy the Olympia pride mural. A meeting held the next day on October 17 to debrief the homophobic vandalism mission was led by Jacob Sundt in Colton Brown’s absence. According to this leaked discussion, the Patriot Front members parked their cars at a nearby McDonald’s in Olympia before going to the mural. 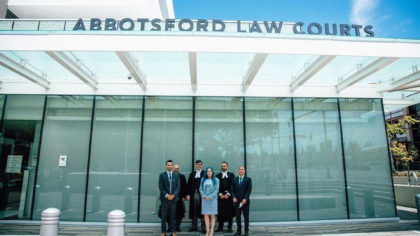 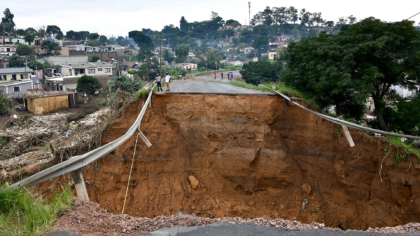